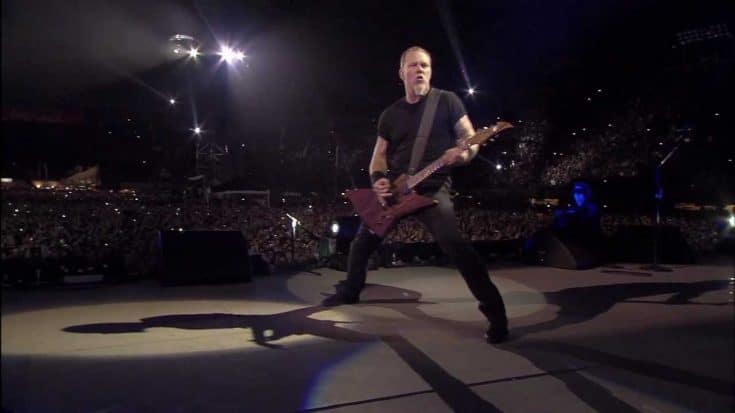 Metallica now joins the ranks of AC/DC (“Highway to Hell,” “Back in Black,” “Thunderstruck”), Arctic Monkeys (“Do I Wanna Know?”), Bon Jovi (“Livin’ on a Prayer”), Fleetwood Mac (“Dreams”), Journey (“Don’t Stop Believin'”), Linkin Park (“In the End” and “Numb”), Lynyrd Skynyrd (“Sweet Home Alabama”), Maneskin (“Beggin'”), Nirvana (“Smells Like Teen Spirit”), Oasis (“Wonderwall”), Panic! at the Disco (“High Hopes”), Queen (“Bohemian Rhapsody,” “Don’t Stop Me Now,” “Another One Bites the Dust” and “Under Pressure”), Radiohead (“Creep”), Red Hot Chili Peppers (“Under the Bridge” and “Californication”), The Killers (“Mr. Brightside”), The Police (“Every Breath You Take”), The White Stripes (“Seven Nation Army”), and Twenty One Pilots (“Stressed Out,” “Ride” and “Heathens”) as rock and metal acts represented in the 1 billion streams club.

Metallica’s 1991 self-titled Black Album included the song “Enter Sandman,” which peaked at No. 10 on the Billboard Mainstream Rock Chart before moving up to No. 16 on the Billboard Hot 100. It has received gold physical and triple-platinum digital certifications in the United States. It is also the band’s sixth most often performed song in live performances, and several bands have covered it, including Motorhead, Foo Fighters, Volbeat, John 5, Apocalyptica, and more.

Looking back, Jason Newsted once stated that he felt the track was “kinda corny,” but admitted at the same time that it gave a huge impact on the band and the music-listening world. The former bassist also recalled:

“Our softest song ever took down the biggest walls to allow our hardest songs ever to penetrate the world. When it was No. 1 in 35 countries in one week, and seven of those countries we hadn’t even been to yet? Dude, that doesn’t happen to a band who go, ‘Die! Die!’ most of the time.”