Metallica Suffer Sound Issues At Grammys, And We Can’t Blame James Hetfield For What He Did Next 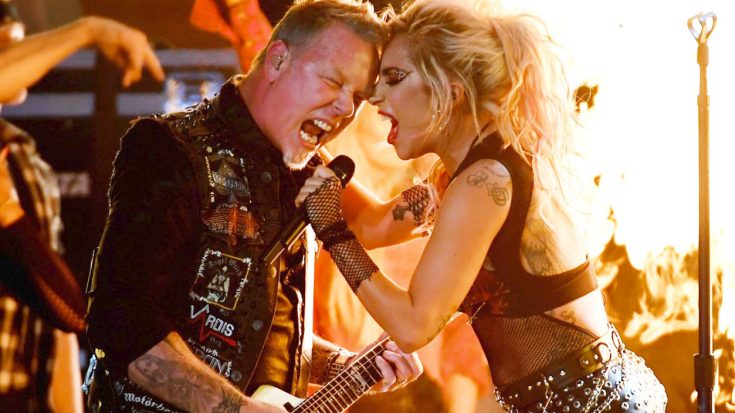 It was a rough night for thrash legends Metallica as their big night at the Grammy Awards was plagued by faux pas after faux pas. Their song “Master Of Puppets” was played as rivals Megadeth – fronted by Dave Mustaine, who was once a member of Metallica – went to accept their Grammy for Best Metal Performance; later, Orange Is the New Black star Laverne Cox botched her introduction of Metallica’s highly anticipated performance with Lady Gaga and during what was supposed to be their big moment, James Hetfield’s microphone went out for the first half of “Moth Into Flame”.

Always professional when it comes to their shows, Metallica pushed on and never gave any indication that anything was wrong and played through the worst of it, Hetfield sliding over to share a mic with Lady Gaga until the issue with his microphone was resolved but by then, the damage was done.

The show went on and as the performance of “Moth Into Flame” drew to a close, James actually kicked his microphone stand over before angrily throwing his guitar offstage, no doubt frustrated with the night. It’s a testament to their professionalism and years onstage that Metallica handled the situation with such grace when they had every right to walk offstage and while Lady Gaga did a great job of holding things together and drawing attention away from the situation, metal fans wanted to see – and hear – Metallica last night, and those guys deserved a much better deal than they got. Here’s hoping that next year’s Grammys are error free and will actually give Metallica the time and professionalism they deserve!