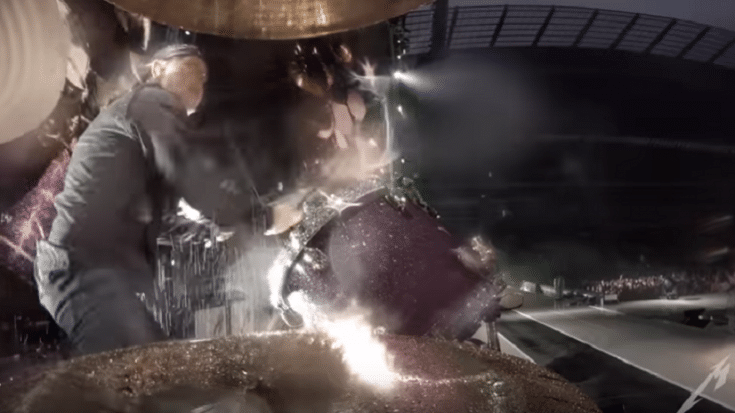 The Show Must Go On!

Most bands would pack up and postpone their shows at the first sign of downpour but not Metallica. These bad boys promised to deliver no matter what the weather (their tickets did say “we play rain, hail, or shine”) and they did just that during their stop at Manchester, England last June 18, 2019 for their WorldWired Tour. It wasn’t some drizzle, we are talking heavy rain that drenched everyone in the outdoor stadium.

The band members took a huge risk with this performance because the stage full of cables was soaked. And that basically meant there’s the possibility of electric shock. Did it bother them? Obviously, they just went ahead and performed one of their biggest hits – “Master of Puppets”.

Was it messy? Absolutely, but their performance was anything but. It was solid, tight, and they sound like it’s just another show. They didn’t care that they were soaked all the way through. And boy, Lars Ulrich also looked like he’s having a grand time behind the kit. They’ve done several epic numbers over the years but honestly, we don’t think anything will ever top this.

They powered through despite the torrential downpour and it’s insanely wild.