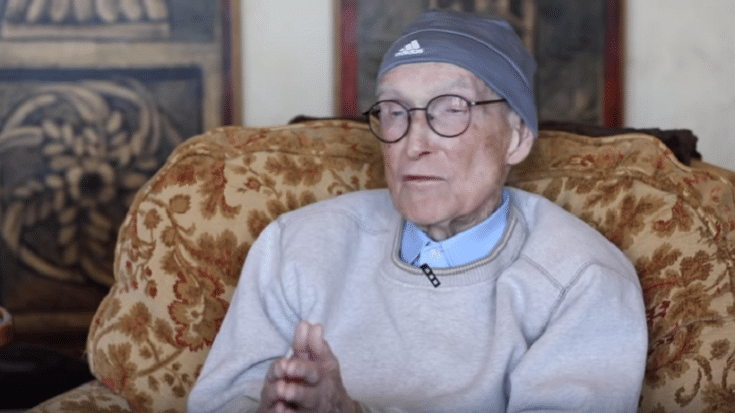 The father of late Metallica legend Cliff Burton, Ray, died from pneumonia on Wednesday, January 15. He was 94 years old. Connie, his daughter and Cliff’s sister, confirmed the news on social media. She wrote, “To let you all know that my Dad died last Wednesday. Rest in peace Dad.”

Metallica paid tribute to Ray with a post on their website. They wrote: “For 38 years, we were lucky enough to have the energy, wisdom and light of Ray in our lives. His eternal youth with his drive, positivity and relentless smile were both incredibly powerful and stirringly honest.

“From coast to coast and overseas too, Ray’s beaming face would regularly greet us, offering warmth and anchor to our travels, and when it came to the entire Metallica family, band, crew and fans, he viewed us all as his own.

“That he has passed away leaves an indefinable feeling of sadness and loss, but equally, we know Ray wouldn’t want us ‘moping around on our darn keisters’ for too long.

“So, in honour of him, and the kind of man he was, we also want to truly celebrate the 94 years of life Ray gave everyone, knowing in certainty that a glint of his light, wisdom and energy will always be with us all wherever we go. We love you Ray. Rest in peace.”

The four band members also wrote individual tributes to Ray. In a video, Ray’s stepdaughter Casey talked about his illness. She said, “He got a cold, and I took him to the hospital, and for seven days I stayed by this side hoping that he could recover. He’s a really strong guy – he’s always recovered – but unfortunately he’s lived on 35 percent of his heart for the last several years. And we knew someday his poor little heart would not be able to keep up, and this time it wasn’t. On Wednesday evening, he passed away surrounded by my family.”

Ray Burton continued to attend Metallica’s concerts even after his son’s death on September 27, 1986.