Album Review: “Having a Rave Up” By The Yardbirds 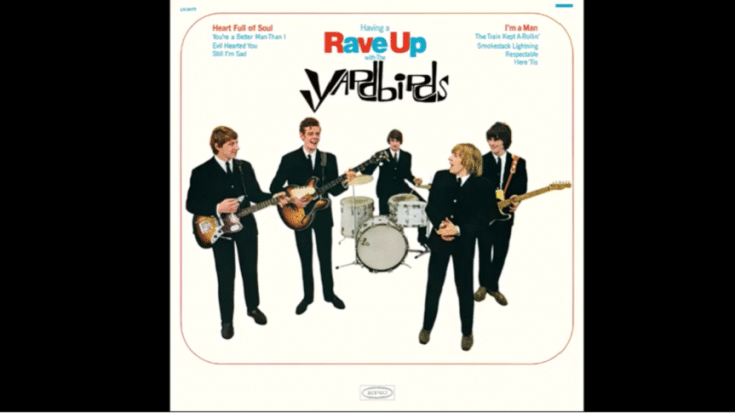 Having a Rave Up is one of the greatest albums to come out of the 1960s. While it has often been left out of lists, it’s undeniable that this LP deserves to be mentioned in the same breath as the best musical works of The Beatles and The Rolling Stones – two groups from the British Invasion that overshadowed them. Having A Rave Up has influenced countless other rock acts.

The Yardbirds’ sophomore album showcased top-notch musicianship especially considering there’s material from three virtuoso musicians – Jeff Beck, Eric Clapton, and Jimmy Page. Now each of these axeslingers would go on to become trailblazers and innovators in guitar playing but just for this studio effort, it became the culmination of their musical brilliance.

You’re a Better Man Than I touches on political topics and is more on the psychedelic side. Evil Hearted You is heavy and haunting. I’m a Man is a Bo Diddley original and the Yardbirds gave it a rock makeover thanks to Beck’s guitar work. Still I’m Sad isn’t their strongest output on this LP but it’s still good. Heart Full of Soul highlighted Beck’s mastery with the guitar. The band added their own twist to The Train Kept A-Rollin’ and transformed it from an R&B number into a psychedelic blues rock tune.

Smokestack Lightning is their rockin’ take on a blues track first recorded by Howlin’ Wolf. Respectable is one of our favorite cuts. I’m a Man is their first cover version with Eric Clapton on guitar. Here ‘Tis is a pretty strong way to wrap up the record.

Having a Rave Up is not flawless and not even that cohesive. It’s a mishmash of material from Beck and Clapton. But for some reason, everything here works together. There’s not one dispensable song. And perhaps the Yardbirds are the only ones who can pull off something like this.