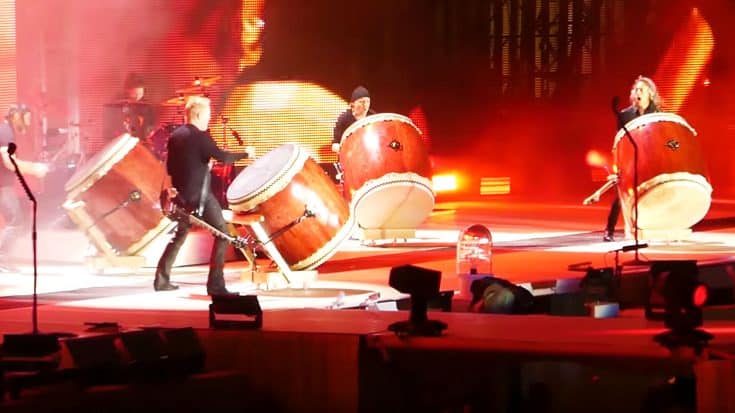 This made the song 10x’s more intense!

Over the weekend, Metallica continued their highly anticipated WorldWired Tour at Lincoln Financial Field in Philadelphia, Pennsylvania. It was their first show in Philly in 8 years, and didn’t disappoint with this epic drum battle!

Halfway through their performance of their new hit “Now That We’re Dead…” all four members of the band made their way to the front an center of the stage. The crew rolled out four large drums, and each member took their place and began an epic jam on them!

Lars Ulrich, for obvious reasons, leads the way, but he doesn’t appear to be the only one that can drum! James Hetfield’s drumming is pretty solid, but Robert Trujillo’s and Kirk Hammett’s skills could use just a little bit of work!

Metallica will be touring throughout the summer, so we’re expecting to see something similar to this again in the near future.

Check out the awesome moment down below, and let us know what you think!