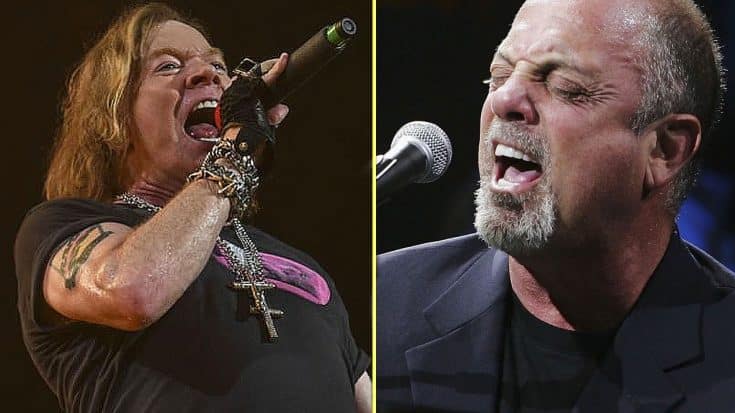 The house was rocking Saturday night as Billy Joel converged on the city of Los Angeles for a sold out show at Dodger Stadium, bringing with him a career spanning setlist that included a few special surprises, too.

Halfway through the concert, Joel announced to the audience that he was about to perform “a spiritual song, a sacred song” before launching into a cover of AC/DC’s “Highway To Hell” and introducing special guest – and current AC/DC frontman – Axl Rose to help out.

Tossing aside his usual piano, Joel picked up a Fender Stratocaster and to the delight of the audience pulled off a pretty winning Angus Young impression, slinking across the stage alongside Rose for a performance that really got the crowd on its feet and the blood moving.

If that’s not exciting enough, Rose later joined Joel for an encore of “Big Shot,” Joel’s blistering takedown of New York socialites and proved to be the perfect match for the Guns N’ Roses frontman. Check out both performances in the videos below!