Metallica Have A Special Surprise On Their Upcoming Album—Can’t Wait For This! 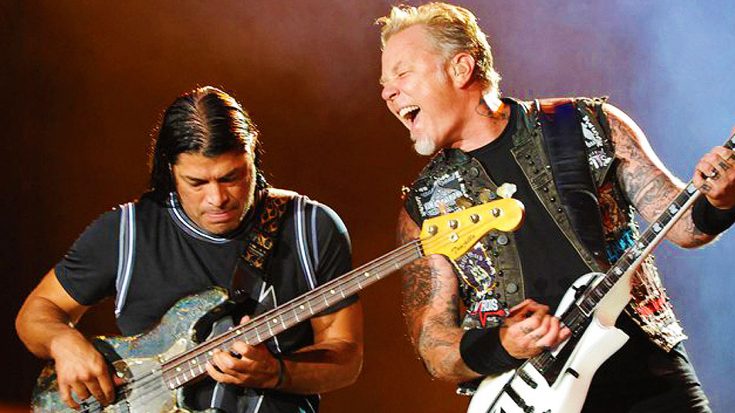 It’s finally happening. In two months Metallica will release their 10th studio album Hardwired…to Self-Destruct. The long awaited LP is highly anticipated by fans and critics alike. The first single from the album, “Hardwired,” received positive reviews for bringing back the band’s old school sound. Metallica have kept the album pretty well under wraps, but today revealed a special surprise will be included on the new album’s deluxe edition.

Metallica revealed that the deluxe edition of the album will feature 3 exclusive bonus cover tracks of some of the bands influences. It is reported that the band will include covers of Deep Purple’s “When A Blind Man Cries,” Iron Maiden’s “Remember Tomorrow” and Dio’s “Ronnie Rising Medely.”

A little fun fact, Deep Purple is actually one of Lars Ulrich’s favorite bands! Therefore, the cover is expected to be well done, and a great rendition of the classic! We can’t wait to hear the Metallica version of these classics! This is the bands first album in eight years, and they are definitely coming back with a bang!

Check out their first single “Hardwired” off of the new album down below!