Metallica Get Cat-tastic Make-Over In This Purrfect Parody! 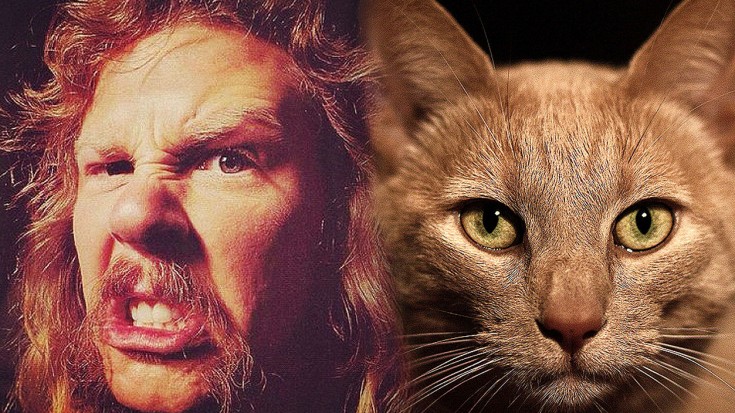 It’s too good to be true

Earlier this week on the video sharing site VidMe, user MemeFactory posted what can only be defined as one of the greatest videos to ever hit the internet. The video is a spoof of heavy metal legends Metallica, like you’ve never seen them before. Introducing “Meowtallica,” Metallica music for cat lovers and all fans to enjoy. Thier hit songs include “Meone,” “Meow But Meow” and “Meowster of Puppets.” The 2 minute video acts as a fictional infomercial discussing the band’s new music which is presented by Meow That’s What I Call Music, complete with head banging kittens. The fictional collection includes 41 songs, all having to do with Metallica and cat puns.

We could only imagine if Metallica’s upcoming 10th studio album will sound anything like this. This video is truly a masterpiece, and hopefully the members of Metallica feel the same way. In addition to the video, there is a link to a Meowtallica Sound Cloud account, where you can find an extended version of the parody song.

Here is the video down below! FAIR WARNING: you might want to turn your volume way down, unless you want your eardrums blown out! Trust us, we learned the hard way….