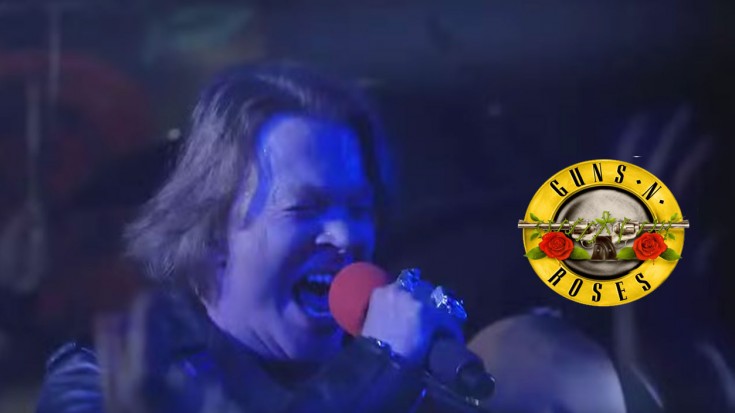 We Finally Get To See The Guns N’ Roses In A Whole New Way!

Guns N’ Roses has sure been the talk of the town, as of late. With the band finally reuniting and Axl Rose filling in for Brian Johnson on AC/DC‘s current tour, it’s truly hard to find a news outlet that doesn’t have Guns N’ Roses involved in some way, shape, or form. All that being said, the reunion of GNR is what is drawing the most attention.

Before it was actually announced, a GNR reunion was one of the most speculated and talked about topics in hard rock history. The band left a true mark on history with their thunderously amazing songs and live performances. We’ve waited, and waited, and waited for the inevitable announcement that was starting to seem not so inevitable. And then, we finally got it!

Though the band is on a full-fledged tour, not everyone is going to be able to attend, and footage might be sparse. Luckily, on the internet, there lives a juicy video of one of their first live shows back together. This video features snippets of songs such as Welcome To The Jungle, Live And Let Die, and Sweet Child o’ Mine just to name a few, and it all sounds awesome! Take a look!