Metallica Fan Jams “One” On One Guitar, But I Wasn’t Ready For What Happened At 16 Seconds In 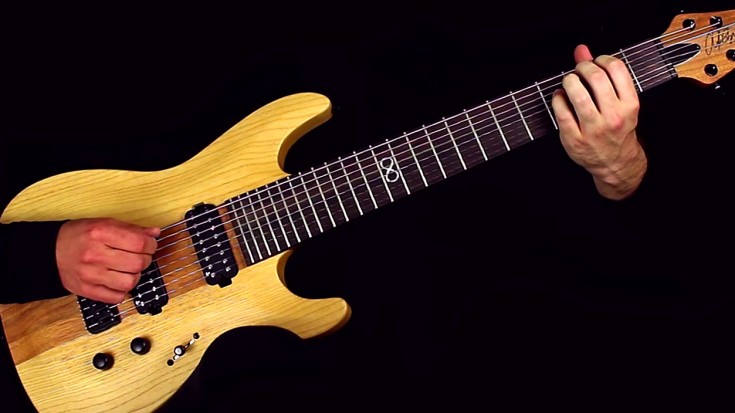 Talk About An Army Of One!

Not only is YouTube guitar guru Rob Scallon a brilliant musician, he’s hilarious – his “Metal In Inappropriate Places” video and his bluegrass take on “Master Of Puppets” left us laughing for way longer than is probably appropriate – and now, we’re finding out that he’s wildly creative with the launch of his latest video, a take on Metallica’s “One”. While the song is no doubt great and a staple in the arsenal of any self-respecting Metallica fan, it’s not content that makes what Rob Scallon is about to do so cool, it’s how; armed with only one guitar, Rob proceeds to jam “One” by himself for about 15 seconds before suddenly, another set of hands appear from the shadows, jumping in to cover the song’s rhythm guitar part on the same fretboard.

As if that isn’t wild enough, by the time the bass solo – yes, bass solo – rolls around, it’s not just Rob’s two hands that you see moving along the fretboard but 3 more hands, bringing the grand number of hands needed to crank out this brilliant cover to a total of 5. We’ve heard every variation on “One” possible, but as far as covers go, this has to be one of our favorites and it’s one you’ve quite literally got to see to believe (seriously, how did they cram so many people into one tiny space?)!