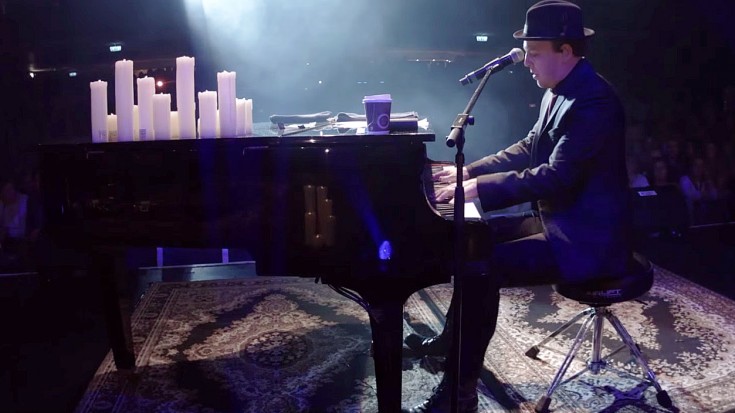 While fans everywhere no doubt appreciate the chance to see their favorite band or singer perform live, nothing beats the thrill that an acoustic performance brings. There’s a level of intimacy that fans and their idols aren’t allowed to share within the space of a 90 minute concert, and for singer-songwriter Gavin DeGraw that intimacy with his fans was well worth the challenge of embarking on his first ever acoustic tour last winter. Bringing along some of his most loved hits like “I Don’t Want To Be” and “Follow Through,” Gavin dazzled fans in Oslo, Norway when he shared his acoustic take on crowd favorite “Meaning”.

Featured on 2003’s breakout album Chariot, “Meaning” is adored not just for its musicality, but for the way it showcases some of DeGraw’s most profound lyric writing to date – lyrics like “Love has a reason/There’s a meaning to the world” may seem simple to the casual listener, but in a world gone mad, sometimes the answer humanity is searching for really is as simple as love.

Gavin DeGraw Looks Back On Chariot

“I wanted to create something that was timeless rather than fashionable. I was really concerned with developing a sound that wasn’t disposable.”

Sitting behind his piano and flanked by faithful accompanists Michael Baker and Billy Norris on drums and guitar respectively, Gavin delivers a show-stopping performance of “Meaning” that will appeal to the music lover in you – not only because it sounds great, but because of his incredible way of combining art and the intimacy of an acoustic show to create an unforgettable experience for all!