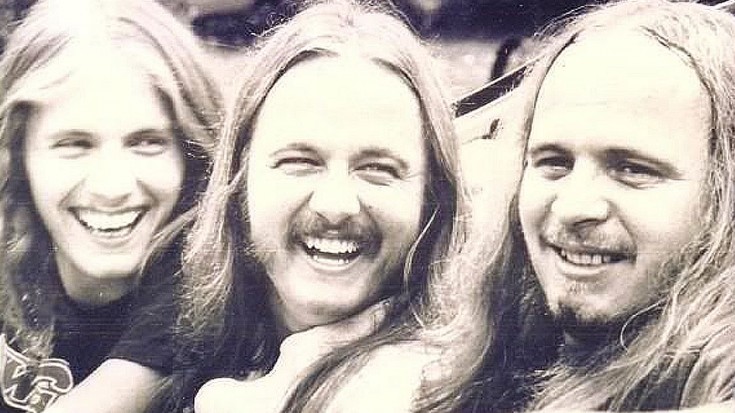 “That Was A Special Day For Me.”

Ronnie Van Zant was a lot of things.

A poet for the common man, fiercely determined in his pursuit of excellence, and one of the greatest frontmen to ever grace a stage – but at the end of the day, and most importantly, Ronnie was a family man, spending every moment not on the road or in the studio with the people he loved most at his home in Jacksonville.

Just a teen when Ronnie died, Lynyrd Skynyrd singer Johnny Van Zant’s memories of his brother and times spent with him are precious: fishing, talking music, future plans, you name it – but in an illuminating 2001 interview with Swampland, Johnny revealed that of the countless years spent kicking around Jacksonville with Ronnie, there’s one memory in particular that stands out in his mind as clearly as a picture: their last day together.

“The last day I spent with him, Donnie was there too, just being out there at his house. He really had his stuff together right before he passed away. We’d gone out there to do a People magazine interview. That was a special day for me.”

“There were a lot of them to be honest, but that one, maybe because it was the last one, sticks out in my memory.”

A lazy day spent at Ronnie’s home like so many others before it, this moment is profoundly special because when you’re as close as Ronnie, Donnie, and Johnny were, every moment that you get together is another moment packed with as much love, laughter, wisdom and good natured ribbing as you can get until the next time life allows you that quiet moment with the people you love the most and at the end of the day, that’s what life’s all about and when you realize that the little things are, in fact, the big things.