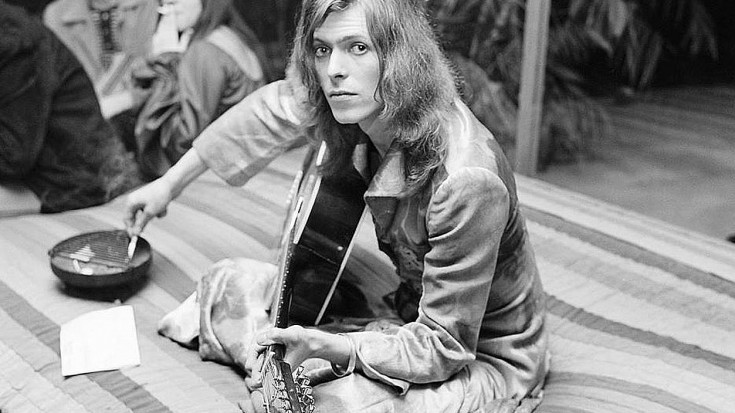 Nearly 6 months after his death, David Bowie is still finding ways to surprise and delight us from far beyond the stardust to which he returned; first with this cool surprise found by owners of his final album Blackstar, and now this – a demo of one of his best loved hits. Recorded in early 1969, this demo of “Space Oddity” is a stripped down take on the final cut released that July, featuring a then 22-year-old Bowie in the studio and still working out the song’s structure in hopes of it one day being “single material”.

The demo, featuring only vocals, an acoustic guitar and stylophone, was recently re-discovered along with several other unreleased Bowie demos and tracks that never made studio releases and is slated to be heard for the first time in The People’s History Of Pop – a four-part BBC4 series covering music fans’ recollections of 1956-1996.

Fun Fact: This demo of “Space Oddity” can be found on Bowie’s 2003 Sound + Vision box set.

Wow – we thought we missed David, but until we heard this demo, we had no idea how much! His genius as a songwriter and composer came through even at 22 years of age, lightyears ahead of where other musicians of the late 60s were capable of going and to be able to convey a musical vision that big in a demo recording is nothing short of amazing.