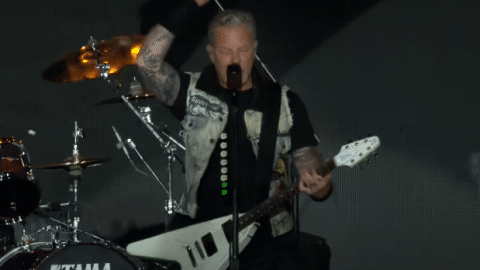 Metallica recently announced an official update in regards to the third Helping Hands Concert & Auction, in benefit of the band’s All Within My Hands Foundation.

The band stated on social media:

“Please join us on December 16, 2022, for our third Helping Hands Concert & Auction, held for the first time ever in Los Angeles, CA, at the Microsoft Theater. We’re psyched to be celebrating the achievements of All Within My Hands together with you, live and in person!

“We’ve got a special celebration planned along with some amazing items and experiences that will be auctioned off, all to benefit the Foundation, with 100% of ticket and auction proceeds going directly to those in need. Established in 2017, All Within My Hands works with partners around the world to combat food insecurity, provide funds in areas of natural disaster, and support education with the ground-breaking Metallica Scholars program, now in its fourth year.

“We look forward to seeing you in LA!”

Tickets will go on sale starting at 10 AM, PDT on Friday, September 23 via AXS.com. Fan Club members can get tickets early on Wednesday, September 21. Travel packages, including tickets and hotel accommodations, will also be available during both the presale and the public ticket sale.

Meanwhile, Metallica are scheduled to be seen at the Global Citizen Festival in New York City’s Central Park on September 24.