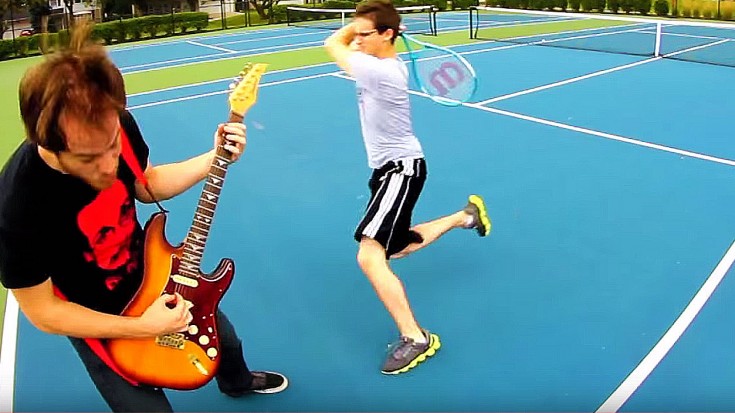 If Shredding Is Wrong, We Don’t Want To Be Right

When the mood strikes, sometimes you just have to break out your guitar and shred! YouTuber Rob Scallon did just that in his video “Metal In Inappropriate Places” and kept us laughing harder than is probably reasonable as he jams an original metal piece in some of the most inappropriate places possible. From the shower to the tennis courts, no place is too insane for Scallon; he even risks being hit with a tennis racket as he misses a shot to bust out an amazing solo!

While we don’t recommend trying this at home (or the playground…or the dentist’s office…and certainly not the library), this video is one of the funniest things we’ve ever seen. If shredding in inappropriate places is wrong, we don’t want to be right!