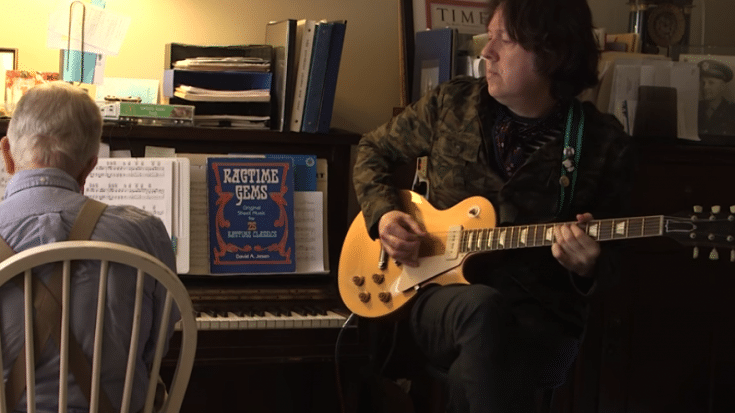 I’m Not Crying, You Are

Comedian Dave Hill’s natural humor has only amplified the beauty of his relationship with his 83-year-old father. After Dave’s mother passed, Dave forced himself to rekindle a relationship with his dad, Bob Hill. In an interview with CBC Radio Dave explains that Led Zeppelin is a huge part of the father son bond. Dave tells CBC that his father’s piano cover is the “heaviest version of Stairway to Heaven ever,” and “the take that you see in the video is the only time I’ve ever heard him play it.”

And The Crowd Goes Awww!

At 83 years old, Bob Hill decided to acquire his first set of Classic Rock sheet music- Led Zeppelin’s “Stairway to Heaven.” Accompanied by his comic son Dave Hill, the duo has a sort of magic that is experienced few times in life. Dave patiently keeps time with his dad whenever he pauses to turn the sheet music, only adding to the genuineness of the video. The YouTube recording looks like it could be straight out of a hard-hitting documentary– it just feels so close to home.