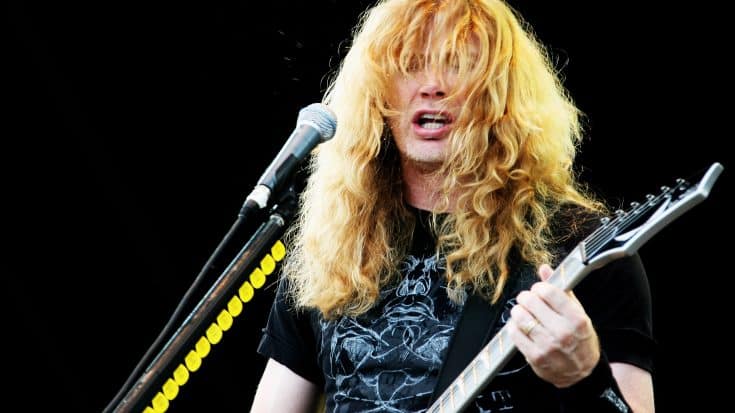 CASTLE DONINGTON, UNITED KINGDOM - JUNE 08: Dave Mustaine of Megadeth performs on the main stage during day one of the Download Festival at Donington Park on June 8, 2007 in Donington, England. (Photo by Dave Etheridge-Barnes/Getty Images)

Megadeth have released a short film, “We’ll Be Back: Chapter I,” which featured their brand new single, “We’ll Be Back”, in celebration of their new album, The Sick, The Dying… and The Dead that is set to be released on September 2.

The song marks as the band’s first new material in six years. Accompanied by the short film as the first installment in the trilogy of videos Megadeth will be releasing in line with the brand new album. According to the announcement, “We’ll Be Back: Chapter I” video,

“Produced by Dave Mustaine, We’ll Be Back: Chapter I is a soldier’s tale of bravery, personal sacrifice, and the will to survive.”

“I’m excited now, probably more excited than I’ve been in a long time. There is a musical renaissance going on inside me.

“For the first time in a long time, everything that we needed on this record is right in its place,” Mustaine said via a press release. “I can’t wait for the public to get hold of this!”

Meanwhile, Megadeth is currently on the road with their tour in Europe and are scheduled to be back in the U.S. in August for a run of performances that stretch into October. See the track listing and watch the video below.