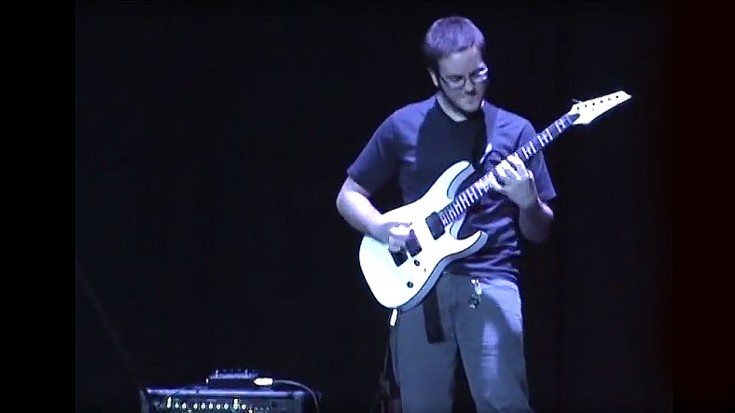 Megadeth guitarist Chris Broderick called the solo from ‘Tornado Of Souls’ the toughest solo to nail when he first joined the band, yet this kid manages to nail it at a high school talent show. In 2013, high school student Kenny Olson took the stage and where his classmates were probably pulling out the traditional talent show tricks – dancing, singing, comedy skits – Olson took a different route when he plugged in his guitar and proceeded to tear his way through ‘Tornado Of Souls’.

While he admittedly starts out a little shaky, we’ll just chalk it up to pre-show jitters because the moment he begins destroying that iconic solo that had Chris Broderick fit to be tied, one thing is clear; Kenny is absolutely unstoppable.

There’s nothing I love more than watching the youths of today pick up a guitar instead of a video game controller, and Kenny doesn’t disappoint – whether it’s the killer job he does on the solo or the little grin on his face after he realizes he’s nailed it and the crowd is going crazy, you’re bound to be absolutely sold on this performance!