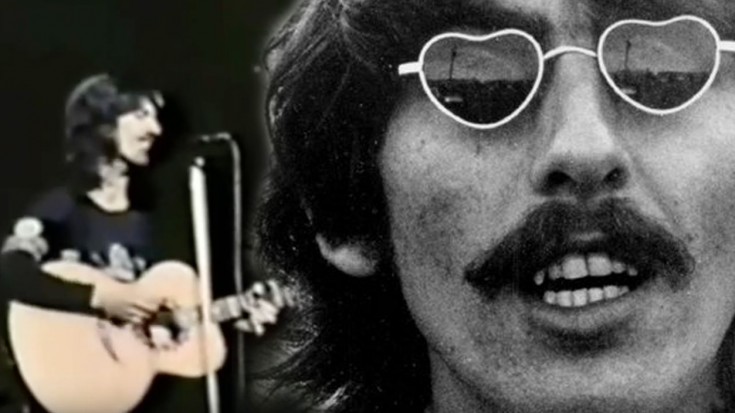 Give Me Peace On Earth

In 1974, a former Beatle by the name of George Harrison professed his love to the idea of peace on Earth with his timeless hit “Give Me Love (Give Me Peace On Earth)” in front of an accepting and loving crowd.

“This song is a prayer and personal statement between me, the Lord, and whoever likes it.” – George Harrison

George, sadly passed away in 2001 from a horrible fight with lung cancer but his memory and legend will always live on through his words in this beautiful song.

Interesting Fact: After the Beatles split up in 1970, George began releasing the contents of his own songbook, which had been under-represented on Beatles albums.

George recognized the genius in meaningful and heartfelt ballads like this one and knew that these had to be shared with the world.

The wisdom of these words speaks great lengths and we will always love George for it. Rest in peace…