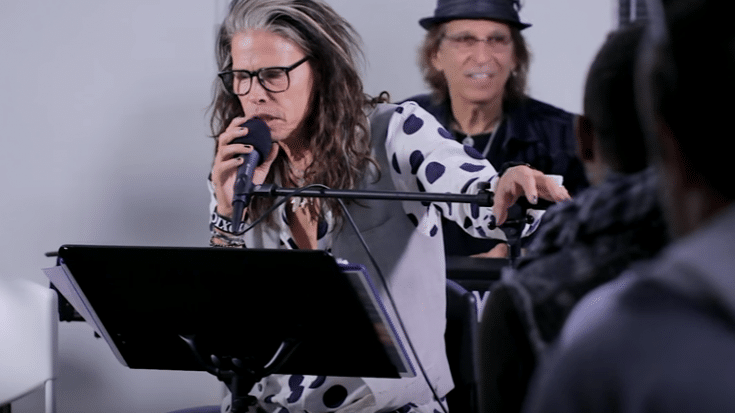 Not surprising, Steven Tyler knows how to use his rockstar charms. This dude has women falling head over heels in love with him. Teach us your ways, master! Lol. But even so, he seems to be having a penchant for younger women these days. Remember Erin Brady? She was 25 years younger than him and they were supposed to get married but sadly, they broke up. In 2014, there were rumors about him going out with his then-26 year old personal assistant Aimee Ann Preston who used to be Donald Trump’s PA too. Neither Steven nor Aimee said anything about it even though they were photographed looking like a couple several times.

They were spotted parading in front of the public during the Elton John AIDS Foundation’s Oscar Viewing Party last February 28. Yes, she’s 10 years younger than Liv and just a tad older than two of Steven’s other daughters. Uhm, we can only imagine what family gatherings feel like.