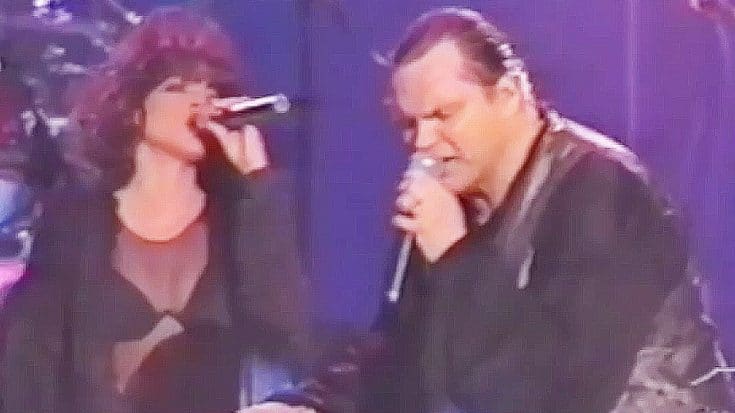 In January 1993, Grammy Award winning recording artist Meat Loaf and his band The Neverland Express were featured on VH1’s Center Stage. It was on this night that they performed a half-hour set comprised of various songs, including the one you’ll see here “Objects In The Rear View Mirror (May Appear Closer Than They Are)” off of his sixth studio album Bat Out Of Hell II: Back Into Hell.

Alongside Patti Russo, Meat Loaf sang the emotional tale of a young man named Kenny who lost his life in a tragic plane crash. From start to finish, the audience is immersed in this song narrative and find themselves head over heals for Meat Loaf’s soaring vocals.

Fun fact: The music video for “Objects In The Rear View Mirror (May Appear Closer Than They Are)” was actually directed by acclaimed film director Michael Bay. The director also worked with Meat Loaf in directing the music videos for “I’d Do Anything for Love (But I Won’t Do That)” and “Rock And Roll Dreams Come Through”.

Meat Loaf puts on a masterclass in singing and stage presence, and with Patti Russo at his side, Meat Loaf doesn’t leave a single dry eye in the building. If you were there, then you’ll remember just how impactful this timeless performance was. Relive it here!