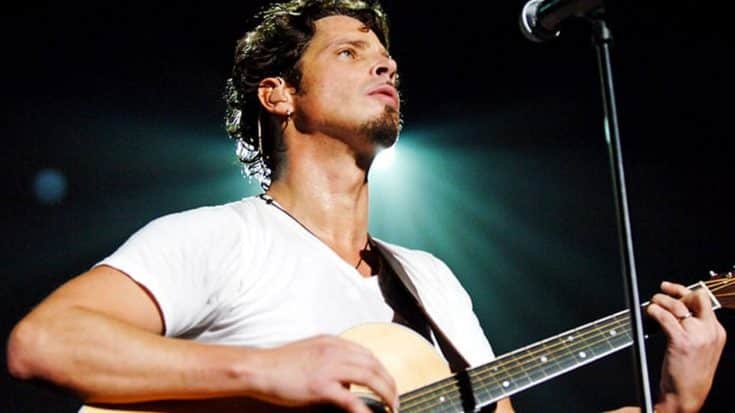 The world was rocked this morning by news of the death of rock legend Chris Cornell, found dead this morning at the age of 52 after taking his own life. For fans, Cornell’s death comes as a tremendous shock as one of music’s best and brightest was called home – yet another in a seemingly endless stream of legends leaving us too soon. For the music world, however, Cornell’s death marks the end of an era for those who were lucky enough to call him a friend and for those in the rock community who hail the singer-songwriter-musician as a genius who was second to none when it came to getting to the heart of the human condition in all its beauty and ugliness, even if it meant an ending as tragic as the circumstances that gave life to some of his greatest work.

A fiercely gifted musician who earned the respect of everyone from Jimmy Page and Elton John to Rush and Peter Frampton, here’s a look at what the rock world has had to say about Chris Cornell:

This is shocking and terribly sad news.Chris Cornell was not only an amazing musician but also a generous spirit that will be sorely missed. pic.twitter.com/sTcKKKqw0U

I love you, brother. Thank you for your friendship and your humor and your intellect and your singular and unmatched talent. It was a great honor to know you as a friend and as a band mate. I am devastated and deeply saddened that you are gone dear friend but your unbridled rock power, delicate haunting melodies and the memory of your smile are with us forever. Your beautiful voice and beautiful self will always be in my heart. God bless you and your family.

Shocking news Chris Cornell passing last night in Detroit. Brilliant artist on so many levels. I am in shock. My condolences to his family.

A shining voice in music has left us in the midnight. He was a complex and gentle soul #ChrisCornell has flown into the black hole sun.

Shocked and saddened by the sudden death of @chriscornell. A great singer, songwriter and the loveliest man. pic.twitter.com/Hwdgst8kmg

So sad to hear Chris Cornell passed on. Way way way too soon. Sincere condolences to his family.… https://t.co/GnQLMXb1Im

Goodbye darling boy . Please say hi to all my loved ones . I cried for you today . Rip .

An even further testament to Cornell’s immense talent, several figures from the country music world came out in droves to offer condolences and tribute to the Soundgarden, Audioslave frontman:

Heart broken after hearing of the sudden passing of #chriscornell
Prayers for his wife & family. Sad, sad news. #gonetosoon #RIPChrisCornell

Chris Cornell? Doesn’t even seem possible. What an incredible talent. Me and teenage me are both heartbroken.

Chris Cornell had one of the most amazing voices in history. I am sad this morning to hear of his passing. Too young.

Chris Cornell touched so many & we were fortunate to have worked w/ him. He was a true talent & gentleman. Our thoughts are with his family.