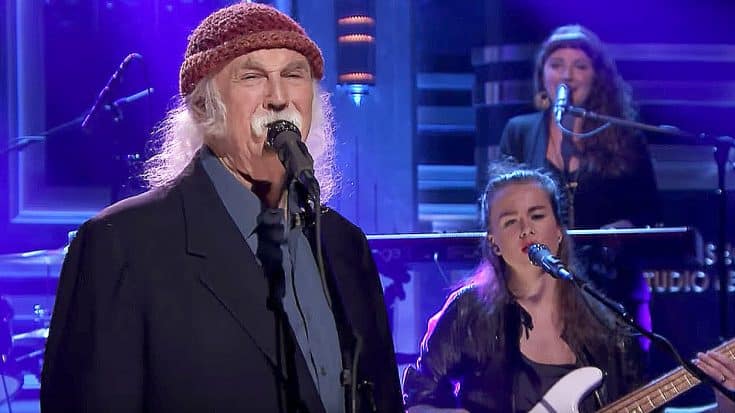 Well folks, it’s been a long time coming, but the man himself David Crosby is back and he’s got new music. He crashed late night TV last night when he appeared on The Tonight Show Starring Jimmy Fallon and performed his new song She’s Got To Be Somewhere.

David Crosby is truly one of the most iconic rock musicians of all time.

He is a two-time Rock & Roll Hall Of Famer and is widely regarded as one of the most influential musicians of the last several decades.

He is one of the best, pure and simple.

When he after he was done singing, the crowd obviously went nuts over the performance, and how could you not after seeing a legend like David Crosby do what he does best? Luckily for us who weren’t in attendance, the performance was filmed. David Crosby truly still has it after all these years! Don’t believe me? See for yourself!