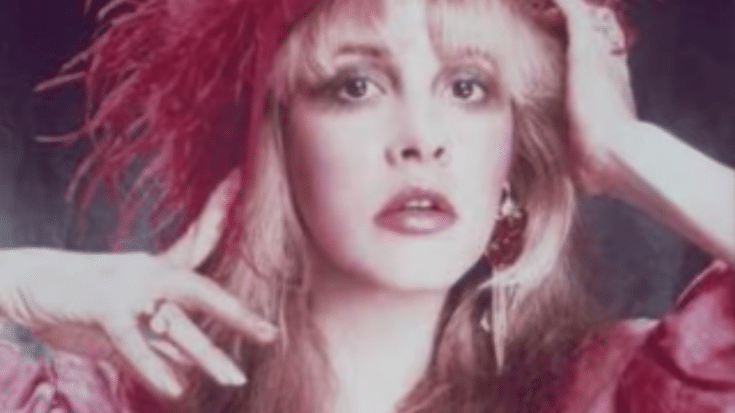 Stevie Nicks has one of the most distinctive vocals in rock history. She is a woman of immense talent – a gifted singer, a talented songwriter, a fashion icon – basically an artist through and through. And when she performs on stage, she knows how to captivate the crowd every single time. As an ode to this legendary rocker who paved the way for several other female musicians, these isolated vocal videos will highlight her beautiful and unforgettable voice.

Her exceptional voice in all its glory. The rasp is everything. It’s Stevie Nicks at her absolute best singing her own composition. Each time she performed this on stage, it was always magical. It has an interesting backstory but it’s Nicks’ delivery that’s truly otherworldly.

Nicks famously wrote this while she was at a crossroads – whether she should continue pursuing a career in music or go back to school. This was before she joined Fleetwood Mac with Lindsey Buckingham. The song became a staple in the band’s repertoire and has since achieved classic status.

Nicks took to writing this song following the death of her uncle Bill and the murder of fellow rocker John Lennon in the same week. It’s one of her most popular and enduring tracks which has since been covered countless times. Nicks explained that Edge of Seventeen “became a song about violent death.” She added, ” I can’t imagine ending my show with any other song. It’s such a strong, private moment that I share in this song.”

From Fleetwood Mac’s magnum opus Rumours, the content was heavily influenced by her crumbling relationship with Lindsey Buckingham. Bandmate Mick Fleetwood revealed that it took her eight takes to get the vocals just right and they recorded it early in the morning while Nicks was suffering from sore throat. The song also referenced their massive drug use at the time particularly cocaine. Nicks told SPIN magazine, “And I really imagined that it could overtake everything, never thinking a million years that it would overtake me.”

This spine-chilling acapella version is something else. The lead single from her 1989 solo studio album The Other Side of the Mirror, it was her first top 40 hit as a solo artist. Although it’s a well-loved track, it wasn’t a staple in her live repertoire and in fact, she initially planned on adding it to her setlist for her famed 24 Karat Gold Tour but didn’t make it in the end. Speaking in 1989, Nicks explained that it’s “about a girl who goes through a life like I have gone through, where she finally accepts the idea that there never will be those other things in her life.”