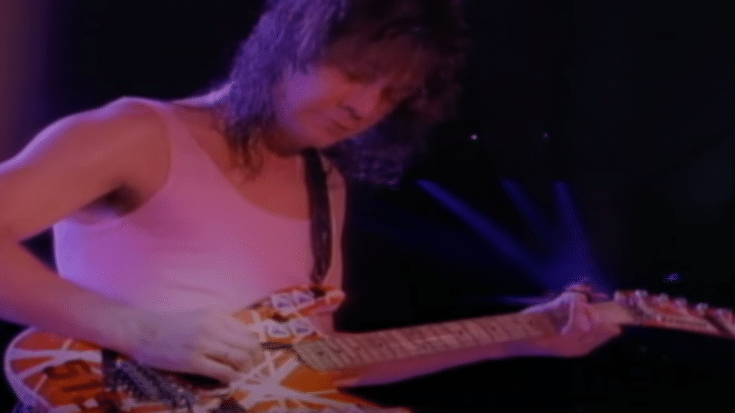 Both Jimi Hendrix and Eddie Van Halen at the top of their game were unrivaled. They brought out sounds from the guitar no one knew possible. They both aimed to be unique and distinctive in a world full of generic guitarists. And through passion, immense talent, and sheer dedication, they achieved their status as guitar gods.

Jimi Hendrix, even with his brief time on Earth, changed the way electric guitar was played. He was a revolutionary, an innovator, and with his music, he broke new sonic grounds thereby setting the template for the next generation of axeslingers. He fused R&B, funk, blues, and psychedelic rock. He was a guitar player unlike any other and yet, he was not above taking advantage of the technology that’s available at the time. He mixed different techniques together and created a soundscape that proved he was way ahead of his time.

From a technical standpoint, Hendrix was a cut above the rest but he also played by feel. From Jimmy Page to Eric Clapton, Hendrix’s peers acknowledged his genius. He wasn’t the first to use the wah-wah pedal, reverse taping, or feedback. But Hendrix didn’t shy away from heavily using them. With his tasteful licks, he put on a masterclass with every live performance. He kept on experimenting with his amps and effects but another key element in his sound was his technique.

Hendrix wasn’t just technically proficient, his creativity also knew no bounds. A great example was how he could seamlessly switch between rhythm and lead guitar which is not altogether impossible for other guitarists but it takes a lot to pull it off.

To cap it all off, at a time when guitarists were doing pretty much the same thing over and over, he didn’t jump on the bandwagon and instead pursued a different, unique style. He pushed the envelope with his compositions and guitar playing.

Eddie Van Halen’s guitar god status is also well-deserved. He wasn’t late in the game because what he didn’t invent, he refined. He wasn’t satisfied with what companies had to offer in the mid-’70s so what did he do? He built his own guitar. Like Hendrix, EVH experimented with amps and effects.

The reason he often got compared to Hendrix is because EVH influenced countless people to pick up their guitar. He popularized the two-handed tapping technique and he pushed rock back into mainstream before the golden era of the genre ended. He was also an innovator as he served as the connection between the ’70s and ’80s rock sounds and styles.

In his 20s, he already developed his signature style which, in turn, helped propel his band Van Halen to the top of the rock ‘n roll pantheon. He had a different approach to guitar playing and he enjoyed tinkering with his guitars and modifying the tools of the trade.

Greatest guitar solos: Eruption, I’m The One, and You’re No Good

They redefined the possibilities when it came to guitar playing and they showed how amps and effects can enhance, not destroy, a sound. Comparatively speaking, Hendrix and Van Halen were technically proficient and highly influential. They’re two of the greatest axeslingers to ever walk the Earth and today’s guitarists undoubtedly owe so much to them.

Like in most comparisons, there’s no BETTER player. It’s only a matter of preference – whether one likes Hendrix’s or Van Halen’s style more.