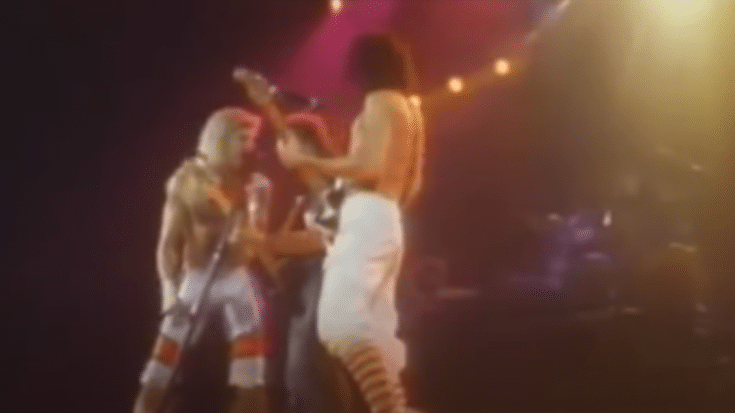 Over the years, we’ve shared several mashups which are absolute gems – songs that shouldn’t blend seamlessly together but surprisingly worked somehow. Now we’ve stumbled upon another mashup we never thought would sound so good – Van Halen’s Unchained and Stevie Wonder’s Uptight (Everything’s Alright). And well, you just have to listen to it to understand what we mean.

Unchained is featured on Van Halen’s fourth studio effort Fair Warning. With the working title of Hit the Ground Running, it’s a fan favorite during concerts. Producer Ted Templeman has a vocal contribution where he says, “Come on, Dave. Gimme a break!” The song also received heavy airplay from Album Oriented Rock (AOR) stations. Because it had been a few years after MTV launched, the band had no choice but to give in to the pressure of recording a music video but it’s pretty clear they weren’t enthusiastic about it.

Meanwhile, Stevie Wonder’s Uptight (Everything’s Alright) is one of his most popular early hit singles. It was so successful that it gave him his first two Grammy Award nominations – Best R&B Song and Best R&B Performance. He even received his first songwriting credit on this and he was just 15 years old at the time!

Check out the mashup below.