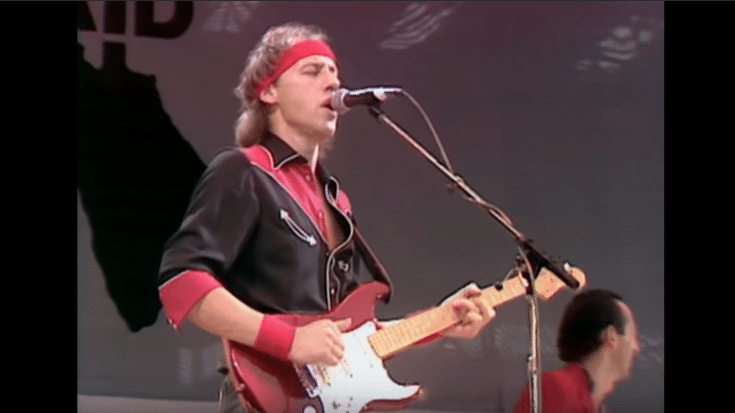 He Called Them “Very Average”

“Sultans of Swing” may have only peaked at #4 on the US Billboard Hot 100 but it still holds up well even after four decades since its release. It’s also one of Dire Straits’ best-known songs. Written by frontman and guitarist Mark Knopfler, he found inspiration for the title and lyrics from a band playing in an almost empty pub in London. After their performance, the lead vocalist told the small crowd their name – Sultans of Swing. Knopfler found it amusing how a low-key group could have such a grandiose name.

In a recent appearance on the Ultimate Classic Rock Nights radio show, he recalled the moment that gave him an idea for the track.

He told Uncle Joe Benson, “The Sultans of Swing were just a very average little Dixieland jazz band that were playing in a pub one night I was in, in Deptford, which is a very run-down part of south London… I think they were actually surprised they had an audience of three or four. I remember asking them to play ‘Creolo Love Call’ or ‘Muskrat Ramble.’ … I think they were amazed that somebody was in the pub who actually knew a few of the titles.”

Speaking about the Sultans of Swing performance, Knopfler added: “The trouble with a lot of that Dixieland thing is they play all those Louis Armstrong solos, and that’s not really the point.”

And the guitarist’s name was actually George just like in their song.