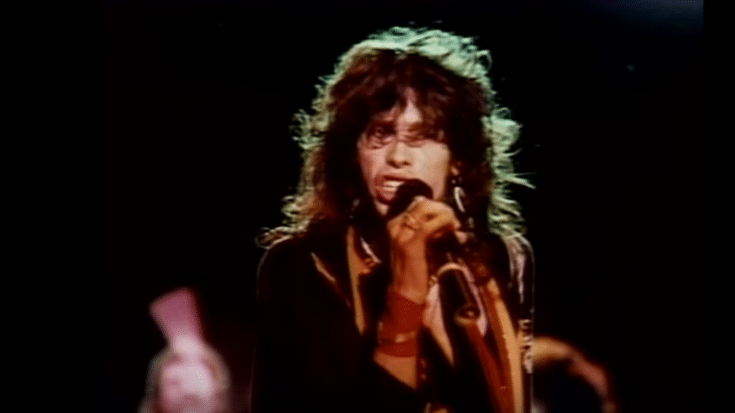 Rockstars are naturally rebellious and they like pushing the boundaries and limits to pretty much anything including the law. And Aerosmith, while they remain one of the most enduring classic rock acts today, had their share of arrests and jail time.

1967 – New York: Steven Tyler was arrested for possession of marijuana. In a 1997 interview, however, Tyler admitted he didn’t remember the arrest at 18 years old even though there’s a mugshot of him.

1983 – Lake Havasu City: Tyler was charged with possession of cocaine and narcotics paraphernalia. He got three years probation and had to pay a fine of $5000. It was cleared from his record in 1997.

Undated – New Jersey: They got arrested and ditched their drugs in the police station. Tom Hamilton told NME: “We had this one show that we had to drive to. We had all five band members in the car and everybody had a little but of something on them and our manager has leased us this really nice, big, new van. So, here’s these five long-haired guys in this nice car. We’re driving down the New Jersey Turnpike and all of a sudden there’s a police car behind us, pulling us over. Brad was driving. The policeman said ‘Mr Whitford, you don’t have any illegal drugs in your car do you?’ Of course Brad said ‘No’, and the cops said ‘Mr Whitford, would you mind if I looked around in the car a little bit. Brad said ‘No’. So he opened up the door and poked around in the back a little bit, then said ‘Mr Whitford, what’s this marijuana seed doing in your car?’. The band was standing out by the side of the road and another police car’s roaring up. They handcuffed us and searched us. They took us off to jail and handcuffed us to this rail on the wall so we were standing far apart. Brad actually had two bags of pot. There was a room right adjacent to where we were handcuffed and there was an empty room, lights were off. Steven said ‘Gimme the pot, Gimme the pot’, and he just chucked two bags of pot into this room. Then we waited a while. Then a detective or somebody came down, flicked the lights on and said ‘Okay, time to fingerprint you guys’. So, we all went in one by one to get finger printed and everybody could see where the pot was, but the police didn’t.”

Aerosmith never shied away from admitting just how much drugs they used during their heyday. In one interview, Steven Tyler even revealed that he spent $2 million on drugs alone. They also hired a roadie who’s only job was to give them cocaine during their set.