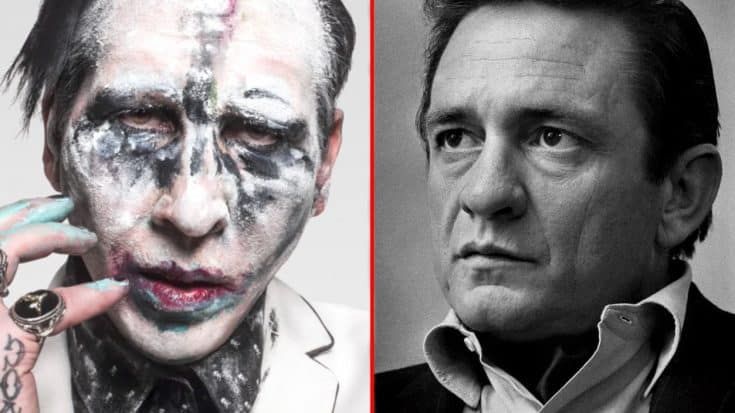 With humble beginnings as a traditional folk song warning sinners that they’ll never be able to run from God’s judgment, “God’s Gonna Cut You Down” became an integral part of Johnny Cash’s legacy when it was featured on the late country icon’s 2003 posthumous release American V: A Hundred Highways.

With its dark and foreboding arrangement noticeably different from most known gospel versions, Cash’s interpretation of “God’s Gonna Cut You Down” was yet another in a long line of examples as to the magic that happened when he put his stamp on cover songs, inspiring the likes of shock rocker Marilyn Manson who made headlines over the weekend as his own version of “God’s Gonna Cut You Down” emerged.

Fun Fact: A music video, directed by Tony Kaye, was made for Cash’s version in late 2006, three years after Cash’s death. Can you spot the celebs he tapped to participate?

Where Cash’s take on the song reads more like the weary yet fervent warnings of a man who knows all too well what God is capable of, Manson’s take on “God’s Gonna Cut You Down” is the opposite side of the coin – the other half of judgment reminding you that while God may be the one that cuts you down and makes you answer for your sins, it’s the monster under your bed that gets to exact punishment, and he’ll be waiting.

Equal parts outlaw country and driving rock and roll, Manson’s take on Johnny Cash’s cover of “God’s Gonna Cut You Down” is a final product we couldn’t be more thrilled with, paying tribute to its roots and leaving his own stamp on it without taking liberties that were never his to begin with; if anyone had to re-interpret this song, we’re glad it was Marilyn.