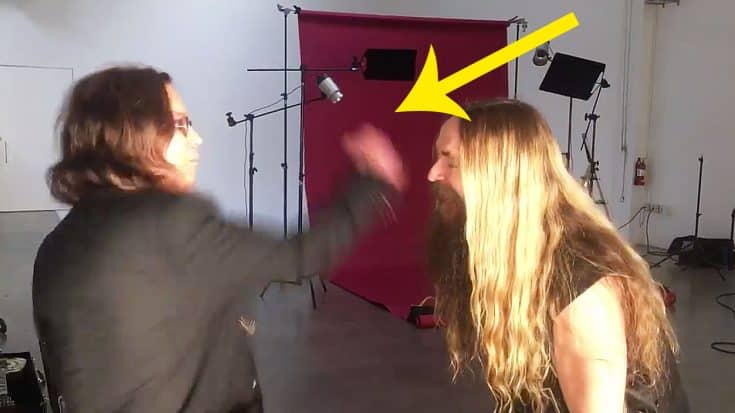 Since the announcement of Zakk’s return, the two have hit the ground running playing festivals at every turn and writing/recording for Ozzy’s new album. In doing so, Zakk Wylde will post update videos to his official Facebook page and sometimes those videos feature the aforementioned Ozzy Osbourne. That being said, sometimes it takes a turn for the worst…

What you’re about to watch is a video in which both Zakk Wylde and Ozzy Osbourne are filming a video and in doing so Ozzy Osbourne ‘punches’ Zakk Wylde. Now, when I say punch, what I really mean is he misses him by like a damn mile. See for yourself!