Man Starts Playing Jimi Hendrix’s Music On Keyboard, But What Does This Crowd Hear? They Are All Stunned… 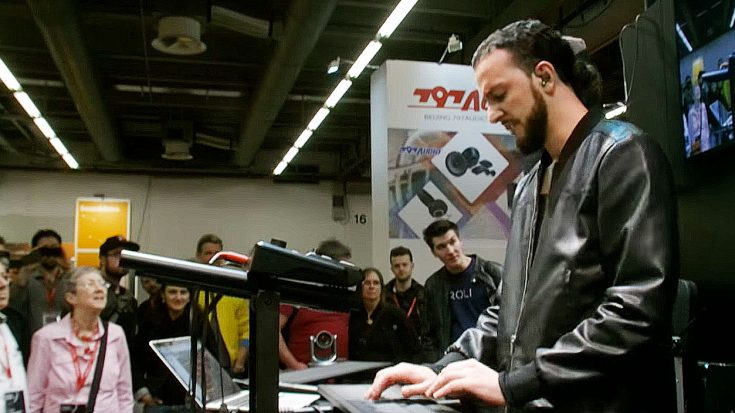 You can ask any rock guitar player you know just who their guitar idol is and I guarantee you that at least 50% of them will say that is Jimi Hendrix. Many will tell you that Jimi Hendrix is the one true pioneer responsible for ushering the aggressively hyperactive era of rock guitar. Early in his career, Jimi Hendrix broke lots of new ground and became the father of an entire new generation of guitar playing that still remains the gold standard of instrumentation to this day, but with all of this said, is it possible that material from this man can be recreated on a keyboard? Well, a gentleman by the name of Marco Parisi is about to answer that for you.

What you’re about to watch is a video in which Marco Parisi takes to his Seaboard RISE to perform the iconic hit by the aforementioned Jimi Hendrix called Little Wing. Those who are only listening and not looking don’t care to even glance at Marco simply because all they’re think is that it’s just another guitar player playing another Jimi Hendrix song. Little do they realize that the sound they’re hearing is not coming from a guitar, but a keyboard. Don’t believe me? See for yourself!