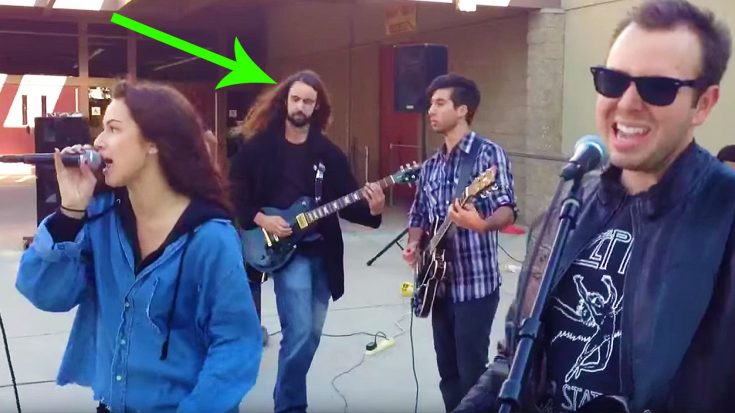 They shut it down!

Back in 1979, Los Angeles, California based rock band The Knack released their debut single “My Sharona.” The song immediately broke them onto the scene and reached #1 on the charts the same year it was released. Over the years, many bands have covered the classic tune, including New York punk rock legends The Ramones.

But in recent years, this band’s cover of the Knack’s massive hit has to be the best one we’ve seen! They go by the name DuckandCover, and were performing at a high school function out in Huntington Beach, California. DuckandCover stole the show with their amazing cover of “My Sharona,” especially the guitarist, who shredded an insane solo! They recieved a standing ovation, and even some props from people after the show!

Fun Fact:Quentin Tarantino wanted to use this in Pulp Fiction during the scene where Bruce Willis and Ving Rhames are being set upon by Zed and his brother (and the chained submissive). Fieger ended up nixing the request and the song appeared in the 1994 movie Reality Bites instead.