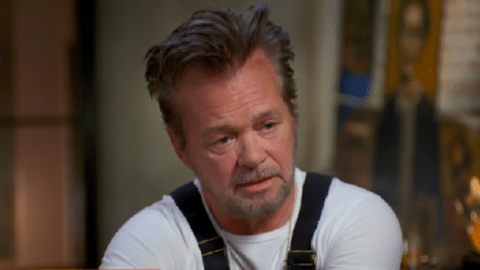 The thing about being famous is how people can easily find your address. Especially at a time when you can look up almost any information on the internet, it gets more dangerous and more difficult to live a private life. And over the years, we’ve heard of stories about fans or non-fans breaking into the homes of rockstars and celebrities. The most recent victim is ’80s rocker John Mellencamp.

On February 7, 48-year old Robert P. Carter was arrested by the Monroe County Sheriff’s Office after he broke into the home of Mellencamp. He drove his Jeep Cherokee through the security gate in Mellencamp’s Indiana property early in the morning. The police responded to the alert at around 6AM. When he was taken into custody, Carter also admitted to kicking Mellencamp’s door. Luckily, no one was in the residence at the time.

When asked why he did that, Carter responded that he was planning to do a citizen’s arrest on Mellencamp “for supporting a government” that he personally didn’t support.

Carter was charged with burglary, residential entry and criminal trespassing. The day prior to this incident, Carter was also arrested for the possession of unlicensed handgun. He was released from the jail after an appearance at the court.

On that day of the alleged break-in, John Mellencamp was opening his US tour in support of his compilation album “Other People’s Stuff” which was released last December 2018.