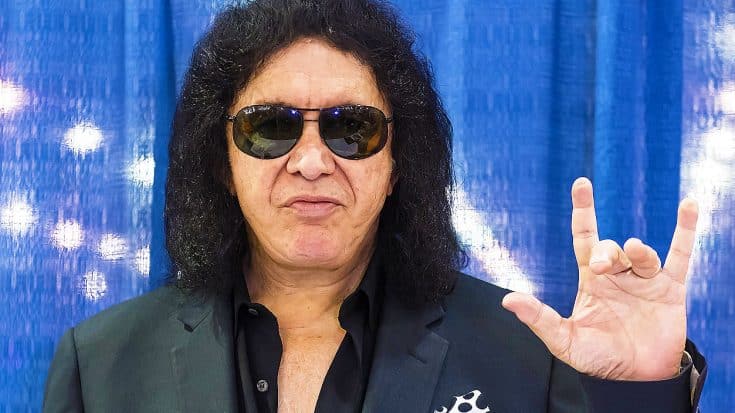 Gene May want to rethink this….

This week, it was reported that KISS lead vocalist Gene Simmons was pursuing another trademark that he could make money off of. The rocker/business mogul is pursuing a trademark of what’s being dubbed the “devil horns” trademark, or more popularly known as the “rock on,” or “love” hand sign.

Many think Simmons is crazy for the trademark, because of how popular it is, and many claim that Simmons wasn’t even the originator of the gesture. Some claim late-rocker Ronnie James Dio was the first to throw up the rock on sign, and others claim Beatles member John Lennon was the first to throw it up, and did so as the “love sign” in the music video for “Yellow Submarine” back in 1966. There is a picture of KISS holding the sign up, from 1967, however.

But if Gene decides to really go through with this, he may fins himself running into a legal battle. Occult rock band Coven have released a statement where they are threatening to sue Simmons if he goes through with the trademark. The statement reads:

“Our FB’s have been bombarded, so here is my answer to Gene Simmon’s claims … I did the Sign of the Horns when Coven started in late 1967 (see BW photo). Again this sign was pictured on our 1st album released in 1969, and on our 1971,1974,2013 albums. This information is in more than 25 books. Also mentioned at our Wikipedia Coven page. I never trademarked MY sign because it was meant for all to do, tho it is legally ‘grandfathered in’ to me for use in music by all the history. Gene does not even DO the sign properly. He is doing the deaf sign for ‘love’. I think Gene and The Hollywood Reporter should get their story straight…Write the Reporter and tell them what YOU think. If he dares to go through with his application, I shall sue on behalf of us all…I suggest to write the Reporter your opinion on this matter…https://www.facebook.com/HollywoodReporter/ And please leave me your comments……..Horns Up and Many Hails to you all…Jinx for the Coven \m/”

Simmons has submitted an application to the U.S. Patent and Trademark Office, but only time will tell on if he hears back and when.