We Must Be Dreaming, Because Ted Nugent Just Said Something We Never, Ever Expected To Hear Him Say 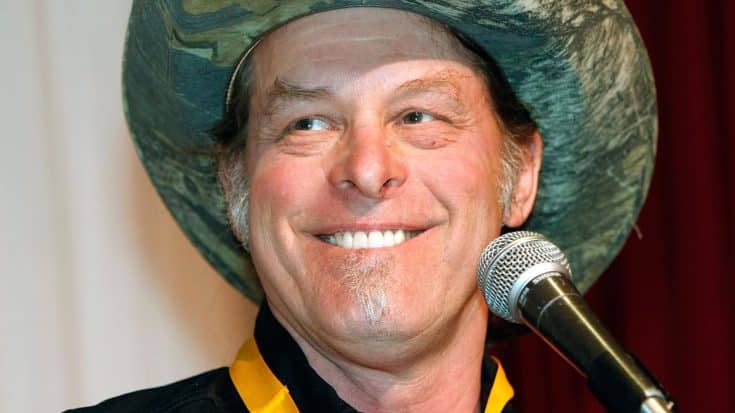 Rock fans, hold onto your seats – you’re about to see a kinder, gentler Ted Nugent. No, it’s not April Fools Day and you’re not dreaming, either; Nugent has publicly sworn to renounce the ‘hateful rhetoric’ that’s been his hallmark over the years, promising to take a more thoughtful approach to the way he interacts with people – especially those with whom he disagrees. The news came during Nugent’s interview with WABC’s Curtis & Eboni, where he cited an eye opening conversation with his wife Shemane that he says ‘convinced’ him to be the change he wants to see in America by seeking common ground through calm, civil dialogue, and encouraging friends and enemies across the aisle to do the same.

“At the tender age of 69, my wife has convinced me that I just can’t use those harsh terms,” he explained. “I cannot, and I will not, and I encourage even my friends/enemies on the left in the Democrat and liberal world that we have got to be civil to each other.

I’m going to take a deep breath and I am going to back it down, and if it gets fiery, if it gets hateful, I’m going away. I’m not going to engage in that kind of hateful rhetoric anymore.”

I have no idea what Shemane Nugent said that caused Ted’s change of heart, but if there’s one thing we’ve learned about him over the years, it’s this: Ted Nugent doesn’t do anything by half, and he sure as hell doesn’t do something if it’s not what he genuinely wants to do so clearly, there was something in that conversation that gave him great pause and made him think about the implications of his words. Don’t expect him to hold back completely, though; as sure as the sun will rise tomorrow morning, we can always count on Uncle Ted to speak his mind.