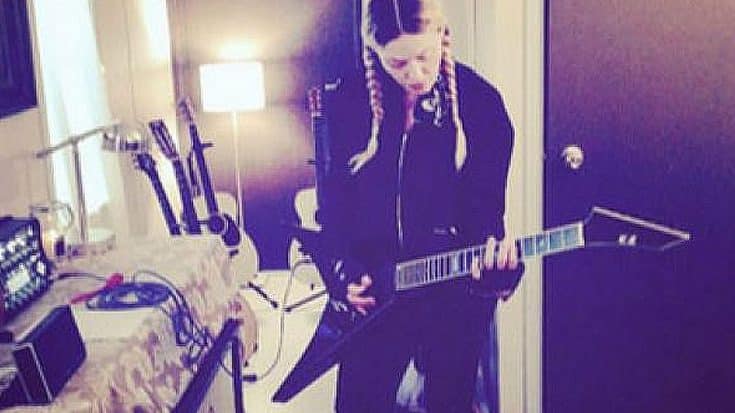 Goodness gracious – is there anything Madonna CAN’T do? The singer, dancer, actress, author, and mom of 6 was filmed in 2015 jamming away on a flying v guitar shortly after the release of her latest album Rebel Heart, immediately taking the internet by storm as fans and critics alike watched the pop legend show off her chops for a brief cover of Led Zeppelin’s “Whole Lotta Love”.

The video, posted to Instagram and captioned “Channeling Led Zeppelin. Whole Lotta Love. #rebelheart.”, shows Madonna dressed in all black and in a room with several guitars around her, opting for a black flying V guitar plugged into an Orange cabinet before launching into “Whole Lotta Love”.

Though it’s admittedly a little rough, it gives pretty good insight into some of the musical influences that drive her and inspire her own music and if that’s not enough, another video released a few years prior to Madonna’s “Whole Lotta Love” video shows that she’s even a fan of Pantera, taking on “A New Level” from the band’s groundbreaking 1992 album Vulgar Display Of Power. Rock on, Madge!