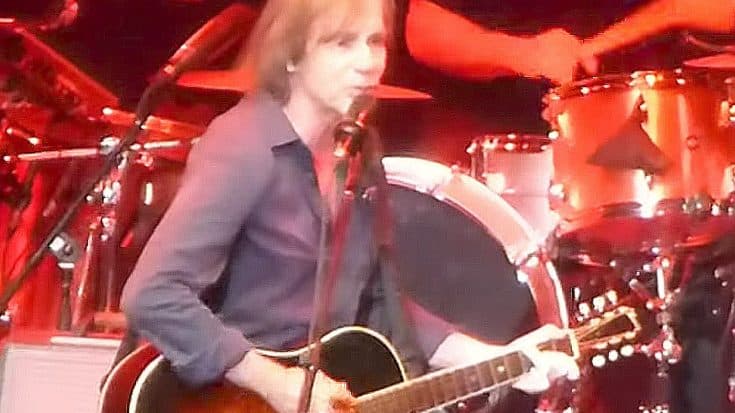 Founded in 2015, Gregg Allman’s Laid Back Festival took place for the first time since the legend’s death earlier this year, drawing a host of fans and friends eager to pay tribute to Allman’s legacy in a way he’d have loved: through song.

Among those taking the stage was singer-songwriter Jackson Browne, who honored his late friend and collaborator with a poignant, incredibly sweet take on “Melissa” – a song he’s covered with Allman before throughout the years over the course of a friendship that stretched back to the late sixties, one that ordinarily carries a note of sadness and longing but when performed in honor of the man who wrote it suddenly hits like a punch to the solar plexus as you realize for the first time that the only time you’ll ever hear it live again is when another artist performs it.

Fun Fact: Written in 1967, two demo versions of “Melissa” from those years exist, including a version cut by the 31st of February, a band that featured Butch Trucks, the Allman Brothers’ later drummer.

Browne’s take on “Melissa” proves to be fiercely faithful to the original, serenading steel pedal guitars and airtight harmonies coming together for a performance that simultaneously bore and soothed the weight of heartbreak attached to Allman’s death, Browne’s interpretation proving to be a worthy tribute to the man we called a legend but who he had the profound pleasure of calling friend. Check it out in the video down below!