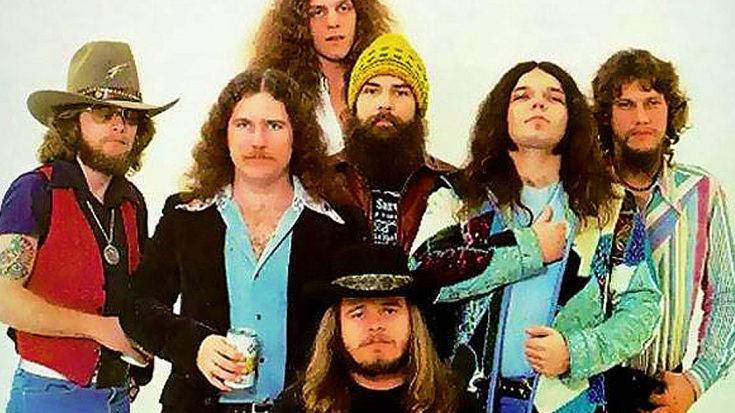 Shortly before tragedy struck in the form of the plane crash of 1977, a cameraman followed Lynyrd Skynyrd around for 21 days – filming the boys doing everything from fishing and horseback riding to cruising through Jacksonville and paying tribute to Beethoven, the cameraman was enlisted by Pepsi as part of a planned series of product placement commercials with Lynyrd Skynyrd that would formally introduce the band to the world as regular guys who loved to unwind at home when they weren’t dominating every stage they came across with their fast and furious brand of Southern rock.

Running at over 15 minutes in length and cut with live footage of Lynyrd Skynyrd tearing through “Free Bird” and “You Got That Right,” this footage is like looking into a time capsule and while seeing Ronnie Van Zant fishing with Gary Rossington or watching Steve Gaines talking about his hopes for his influence in the band is enough to make even the most stoic of Skynyrd fans a little choked up, there’s joy to be found in spending time getting to know the guys in their respective elements.

Sadly, much of the footage was lost after the crash but thanks to Pepsi, who turned the salvageable footage into a stellar tribute to Lynyrd Skynyrd, we’ve got over 15 minutes of moments with the greatest band in Southern rock for your viewing pleasure – so pull up a chair, break out your favorite Lynyrd Skynyrd t-shirt and check it out in the footage below!