Keith Richards & Eric Clapton Put On A Rock Clinic With This Iconic Performance! 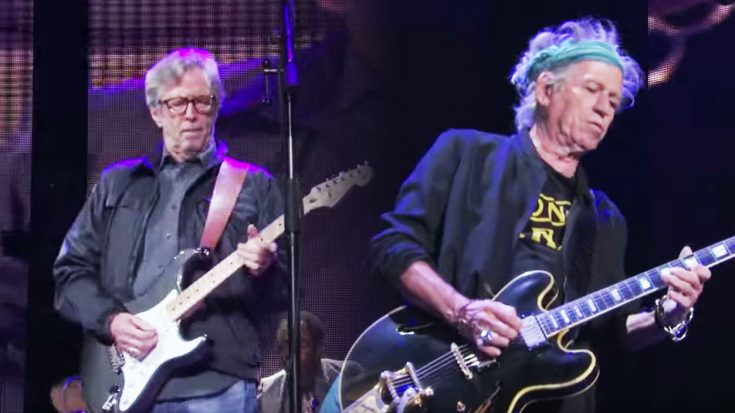 A Masterclass From The Best Of The Best!

It’s been many years since both Eric Clapton and Keith Richards broke onto the music scene. Since their illustrious debuts, they have both become two of the most popular and influential guitar icons of their time. So it’s not only amazing to hear that they would partner up for an amazing jam session, but you’d also be delighted to hear that it would take place in present day at their best. Here’s what we mean.

What you’re about to watch are two legendary guitarists who have spent decades getting to the level of excellence that they are at take to the stage at the 2013 Crossroads Guitar Festival to play the timeless classic known as Key To The Highway. As you’ll be able to see, both men put on a clinic on how to be a rock/blues guitarist. This video proves why both men are in the Rock N’ Roll Hall Of Fame!

Do you agree that this performance is amazing? Would this prompt you to go and see the Crossroads Guitar Festival live? One thing’s for sure. I’m certainly prompted! So you should be, too!