Lynyrd Skynyrd Go Off The Rails For “Railroad Song,” And It’s A Good Time From Start To Finish 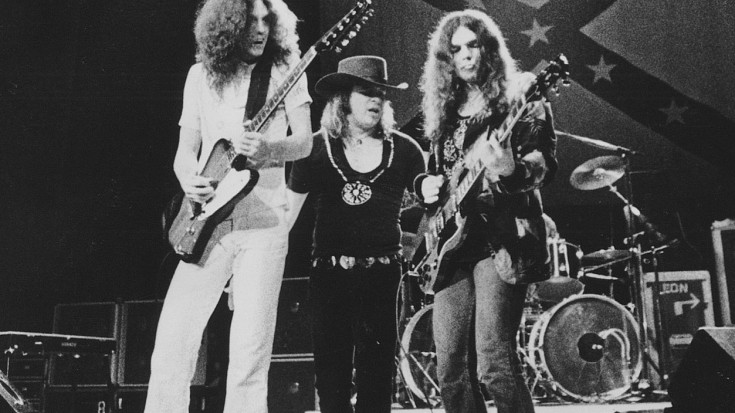 One of the most iconic venues in classic rock history, San Francisco’s Winterland Ballroom played host to Southern rock legends Lynyrd Skynyrd as they embarked on their year long Nuthin’ Fancy Tour. With a career spanning setlist that included hits like “Gimme Three Steps” and “Sweet Home Alabama,” Lynyrd Skynyrd’s April 27, 1975 show at the Winterland also included one of our personal favorite, “Railroad Song”.

A lively, harmonica driven jam about a hobo riding the rails with only his guitar and a love for good old fashioned rock and roll, “Railroad Song” was featured on Nuthin’ Fancy and never ceased to get Lynyrd Skynyrd’s crowds up and moving; even in footage from the band’s Winterland show that only shows you glimpses of Ronnie Van Zant, Leon Wilkeson and occasionally Allen Collins, you can absolutely feel the energy of both the band and the crowd.

Like a freight train, “Railroad Song” starts off slow and easy – but when that harmonica kicks in and Allen Collins hits that solo at 2:28, this Nuthin’ Fancy deep cut turns into an off the rails good time that doesn’t let you go until the last note rings out!