Kesha Dazzles In ‘Nashville’ Appearance, Reminds Us Of Her Country Roots 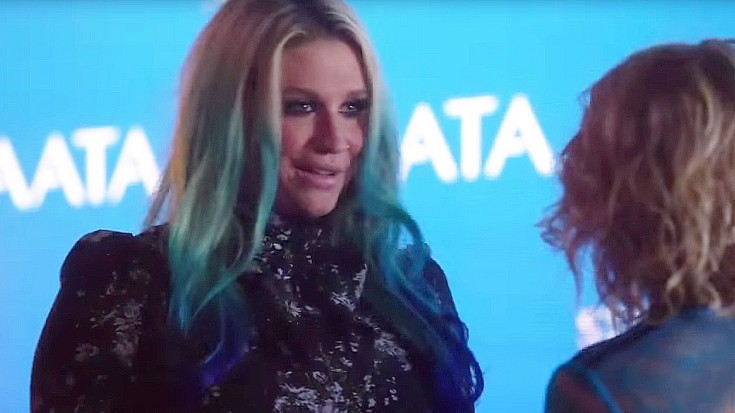 The hottest show on primetime TV got even hotter when “True Colors” singer Kesha made her widely anticipated appearance on Nashville last night. Dazzling as she appears as herself, Kesha’s cameo on the ABC drama chronicling the lives of Nashville’s elite country stars may seem surprising to some – but as with everything she does, Kesha’s Nashville cameo is a direct nod to her own life, giving us a glimpse into a world she’s quite familiar with.

Born in Los Angeles, Kesha grew up in Nashville, cutting her teeth on country music long before the 29-year-old trailblazer made a name for herself as the reigning queen of electronic music. Her mother, songwriter Pebe Sebert, moved the family to Nashville and penned country classics like “Old Flames Can’t Hold A Candle To You” – a classic that became a huge hit for Dolly Parton and Joe Sun.

In fact, while Kesha cites the likes of The Beastie Boys and Iggy Pop as some of her biggest influences, it’s country legends like Dolly Parton and Johnny Cash who both shaped Kesha’s innate love for storytelling through music and provided the soundtrack to her life growing up in Nashville.

Wildly impressive on last night’s showstopping episode of Nashville as she navigated the tension between herself and friend Juliette Barnes (played by Hayden Panettiere), Kesha’s acting chops prove to be just as strong as that million dollar voice and we can’t wait to see what treasures the acting world holds for her in the future as she embarks on a brand new adventure!