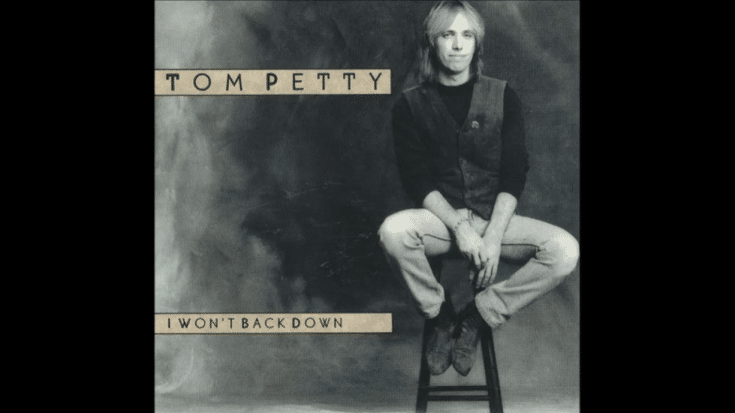 The lead single from “Full Moon Fever”, “I Won’t Back Down” resulted from a traumatic experience. An arsonist burned down Tom Petty’s house while he was there with his family. They managed to escape and for the next few months, they lived in hotel rooms and rented homes. But while he was physically okay, what happened shook Petty to his core.

He once admitted that writing and recording this somehow calmed him. And in an interview with Harp in 2006, Petty revealed that this was his most personal song.

He said, “That song frightened me when I wrote it. I didn’t embrace it at all. It’s so obvious. I thought it wasn’t that good because it was so naked. So I had a lot of second thoughts about recording that song. But everyone around me liked the song and said it was really good and it turns out everyone was right – more people connect to that song than anything I ever wrote. I’ve had so many people tell me that it helped them through this or it helped them through that. I’m still continually amazed about the power a little 3-minute song has.”

Speaking about the recording, he recalled to Mojo magazine, “At the session George Harrison sang and played the guitar. I had a terrible cold that day, and George went to the store and bought a ginger root, boiled it and had me stick my head in the pot to get the ginger steam to open up my sinuses, and then I ran in and did the take.”

Listen to his isolated vocals below.