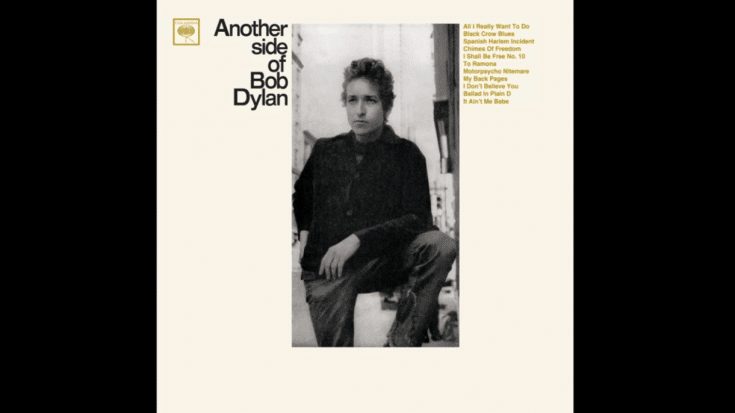 The Ramones released Acid Eaters on December 1, 1993. What made this unique is that it’s their first and only album that’s entirely made up of covers. It serves as a tribute to the band’s musical influences – particularly artists from the 1960s such as The Who, The Rolling Stones, Creedence Clearwater Revival, and The Animals.

One of the tracks on side two is a homage to the folk rock icon, Bob Dylan. The Ramones took his 1967 tune “My Back Pages” and gave it a punk rock treatment. The original version features Dylan with nothing but an acoustic guitar accompaniment. But The Ramones completely overhauled it, making it more aggressive and rather violent.

When Dylan had a concert in Tokyo, Joey Ramone came to see him backstage and the latter brought a copy of Acid Eaters. He recalled in an interview, “Dylan walked over to me and said hello, it kinda freaked me out… People always tell me, oh, Dylan’s in his own world, he doesn’t know what’s going on anymore. He knows.”

And speaking about “My Back Pages”, Dylan told The Toronto Star‘s Margaret Steen in 1965: “I was in my New York phase then, or at least, I was just coming out of it. I was still keeping the things that are really really real out of my songs, for fear they’d be misunderstood. Now I don’t care if they are.”