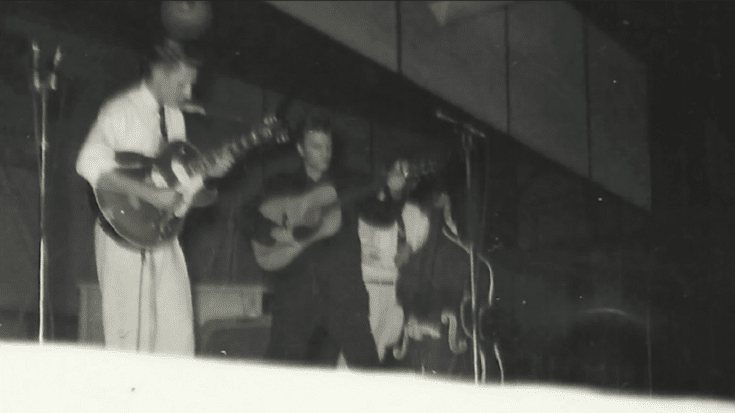 Elvis Presley was only 19 years old when he landed a record deal with Sun Records. He made his debut on the Louisiana Hayride in Shreveport and the regional radio show helped launch The King’s music career. He appeared weekly and was initially paid only $18 per show but a year later, it was increased to $200 per show as his popularity increased.

In 1955, he performed the country ballad “I Forgot to Remember to Forget.” He recorded it on July 11 along with “Trying to Get to You” and “Mystery Train”. Back in October 2017, Bear Family Records released a box set of performances in Louisiana Hayride including 16 from Elvis Presley. The video below was recorded on October 29, 1955.

“I Forgot to Remember to Forget” topped the country charts and stayed there for 39 weeks – it was Presley’s first #1 in any chart and thus propelled him into a country music star. Written by Stan Kesler and Charlie Feathers, Kesler said about writing the song: “At that time, I was on the kick of catchy titles. When I began to think about that phrase, it just expanded into ‘I forgot to remember to forget her.’ From there, I started working on it, and it all fell together.”