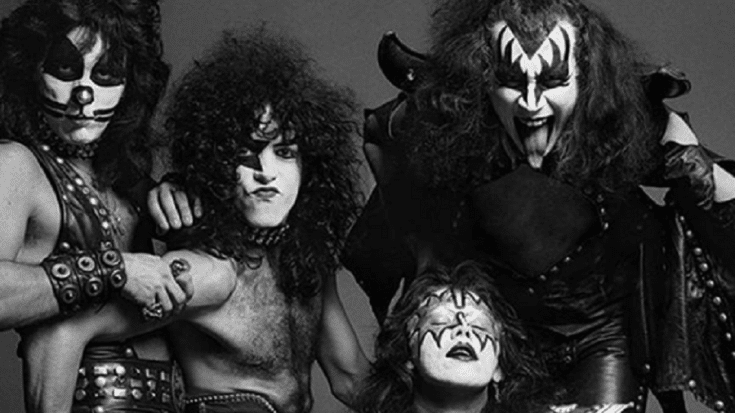 Social media became a game-changer for fans. Before the internet, all we could do was subscribe to magazines to know more about our favorite rock bands, what’s keeping them busy, where they’re headed next, and any news about future releases. But now, we only need to sign up to Instagram or Twitter, follow their verified accounts and voila! We get the latest updates, photos, videos, and basically snippets of their daily lives.

Here are ten bands you should definitely follow on social media.

‪On September 9th 2020 the Rolling Stones will be opening a world-first flagship store on London’s Carnaby Street! RS No.9 (9 Carnaby St) will feature exclusive collaborations, new fashion & merchandise, alongside the band’s latest music releases. More than just a store, RS No.9 will be a fully immersive experience for fans of all ages. We can’t wait for you to take a look around! Follow @rollingstonescarnaby for more info. ‪#RSNo9 #Carnaby‬ #therollingstones #rollingstonescarnaby #newstore #newstoreopening #merch

One of the few bands from the ’60s who have remained relevant today, they have also stayed active online throughout the pandemic – releasing new music and more recently, they announced that they’re launching a “world exclusive” flagship store in London this September.

Paul’s mother, Mary, passed away in 1956, when he was 14. ⁠ He wrote ‘Let It Be’ after recalling the night she came to him in a dream, during the sessions for the ‘White Album’: ⁠ ⁠ “It was so great to see her because that’s a wonderful thing about dreams: you actually are reunited with that person for a second; there they are and you appear to both be physically together again. It was so wonderful for me and she was very reassuring.” – Paul.⁠ ⁠ Go to the link in our bio to hear the full song!⁠ ⁠ @johnlennonofficial @paulmccartney @georgeharrisonofficial @ringostarrmusic ⁠

Take a trip down memory lane as The Beatles share clips of their live performances along with interesting facts on the caption. They also post photos of the band making music in the ’60s or just lounging around.

Hysteria and Rocket from HYSTERIA AT THE O2 ✨ Filmed 31 years after the Hysteria album release in 2018, Hysteria At The O2 captures Def Leppard celebrating the ground-breaking Hysteria. Performed in its entirety before a ravenous sold-out crowd, this momentous homecoming event is made all the more powerful as it was their long-awaited debut at the iconic O2 Arena in London. Hysteria At The O2 is a part of the London To Vegas box set, which released 29th May 2020. #Hysteria33 #Hysteria #DefLeppard #LondonToVegas #L2V #HysteriaAtTheO2

Their 2020 tour schedule was postponed because of the coronavirus but they still keep on entertaining and interacting with fans. Aside from their legendary gigs, they also like to repost photos of fans recreating their most iconic looks.

Celebrate the 4th of July with 20% off all US Tour apparel. Now through July 6th. https://store.ledzeppelin.com

Nothing says “I’M A LED ZEPPELIN FAN” better than apparel from the band’s own store. And it’s for a good cause too because for some of the designs, 100% of the profits will go to charities.

Some of the coolest rockstars on the planet, they don’t just post about music but also relevant topics which isn’t surprising because frontman Dave Grohl never shied away from voicing his opinion whether it’s about politics or current events.

The Floyd in contemplative mood…

Pink Floyd’s Instagram profile is well-curated because it’s not just a bunch of random photos but a mix of news clippings, old tickets, behind-the-scenes photos, and gig posters. It takes you back to the time when they dominated the airwaves and became one of the biggest rock acts of all time.

ICYMI we joined Howard, Robin & the whole Stern Show crew bright and early last Wednesday and he let us play a few tunes. Check out “Wherever I May Roam,” live on @sternshow.

Metallica has also kept an active online presence for the past few months. It’s not just on Instagram but most especially on YouTube where they stream past concerts. It’s definitely a treat for fans.

They had a lot of plans this year but all of those have been put on hold. But they constantly share photos from fans – tattoos, makeup looks, and even birthday cakes. It’s a simple but wonderful gesture to stay connected with the KISS Army.

They had to move the dates of their shows so we don’t mind settling for the next best thing – videos of their performances in The Midnight Special and MTV Unplugged.

Greatest Hits is being released on 2LP vinyl for the very first time ⚡ Pre-order now: link into bio

Their massive Not in This Lifetime… Tour continues but like everyone else on this list, the trek has been affected by the ongoing pandemic. Nevertheless, they’ve already released the new dates so at least there’s something to look forward to. Check out the awesome photos from the concerts on their page.