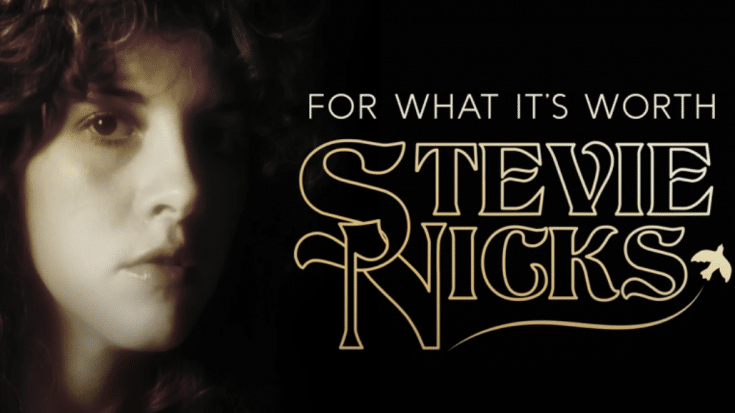 Stevie Nicks, who previously said that she’s always been wanting to explore the protest song of Buffalo Springfield “For What It’s Worth,” released her own cover.

“I’m so excited to release my new song. It was written by Stephen Stills in 1966. It meant something to me then, and it means something to me now. I always wanted to interpret it through the eyes of a woman – and it seems like today, in the times that we live in, that it has a lot to say.”

Stills used his personal experience in Los Angeles in writing the song. He said:

“I’d been playing with the bass riff and was trying to connect something with the boys in the jungle, over in ‘Nam, with the kids at home who were trying to get them home.

“I came into town to … this bar called Pandora’s Box. The place held 200 people, but there were at least 2,000 people spilling out into the streets. The mayor of Los Angeles goes ape shit and says, ‘Get those hippies off the street,’ and they had just developed this tactic for riot control with the L.A. police. It freaked me completely out, and we turned the car around and I went home. Suddenly, the whole thing sparked in my head, the worlds came together, and the minute I got my hands on the guitar, I wrote the song. The whole thing was finished in 10 minutes.”

Nicks is currently halfway through the second leg of her 2022 U.S. tour, which will end this October 28. Stream her own rendition below.