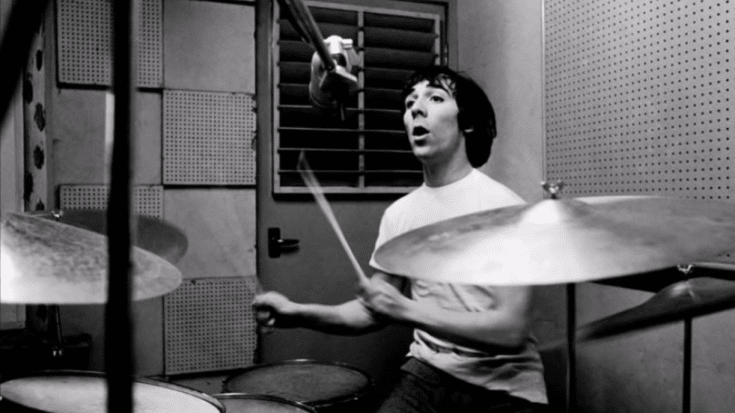 The Who’s resident madman behind the kit was a cut above the rest. The ’60s had no shortage of spectacular drummers but Keith Moon couldn’t be outdone or upstaged. His drumming was wild, aggressive, and powerful. More than his seemingly unlimited energy, he oozed with talent. Also, he brought his penchant for chaos and destruction on stage, making his antics pretty much legendary.

There’s so much to be said about Keith Moon but one thing’s for sure, he deserved being named as one of the greatest rock drummers of all time. Bassist John Entwistle said, “Well, he used to always look at other drummers who were more accomplished technically and say, “They’re good, but I don’t want to do that.” One sentence he said kind of sums up his attitude towards himself. He became outraged once because one of us had a go at his drumming ability after a frustrating recording session. He said, “Look I’m the best Keith Moon-type drummer in the world.” In other words, “This is me, this is the way I play.” And that says it all.”

Just check out Moon’s isolated drums on The Who’s 1969 classic hit “Pinball Wizard” from their magnum opus “Tommy”. It was the last song guitarist Pete Townshend wrote for their ambitious rock opera.

Townshend once commented that “Pinball Wizard” was “the most clumsy piece of writing [he’d] ever done” but it was a massive success. It became one of their most popular and enduring songs. It also became a staple in their live repertoire and it was part of their set at Woodstock Festival.