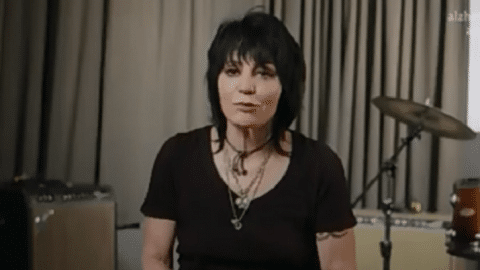 Joan Jett and Sting each provided material as their contribution to the Alzheimer’s Association “Music Moments” album. Jett re-recorded her track “Hard to Grow Up” which she wrote following her mother’s death when she was left with no other choice but to own up to new responsibilities.

She says in the video below, “Songs really open people up in a way that sometimes just conversation can’t. To share a moment with someone, look in their eyes and have a smile, it means everything.”

Meanwhile, Sting took on the Otis Redding’s classic tune “(Sittin’ On) The Dock of the Bay” which was released when Sting was just a teenager. He said, “When I was 16, I had no idea how to achieve my dreams. And so I lived near the river in my town. I’d go down to the ferry, and I’d watch ships go back and forth. I wondered where they were going, and I realized that my life was like that. I had to leave where I was.”

Speaking about hearing “(Sittin’ On) The Dock of the Bay” for the first time, he recalled: “When you’re 16, the music you hear is so powerful and evocative of that time … [This song] reminds me of me at that age, just being a little lost.”

Check out their songs and accompanying videos down below.