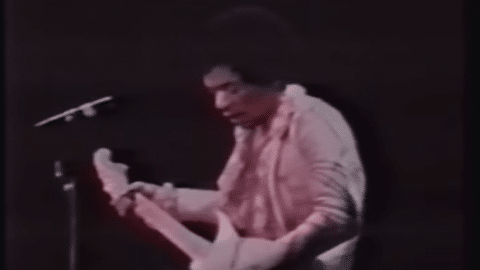 What A Throwback Indeed

Jimi Hendrix’s team released the audio of “Ezy Rider” with the Band Of Gypsies. It serves as the latest teaser for the latest box-set called Songs for Groovy Children: The Fillmore East Concerts. The band played 4 shows in two nights from December 31, 1969 to January 1, 1970. They did it to introduce the line-up to the Manhattan venue.

“The Band of Gypsys was a group about growth, and evolution without ego,” bassist Billy Cox tells Rolling Stone .  “It was just musicians loving each other and loving the music. It was another way to express the music.” he continued.

“I distinctly remember you could see people with their mouths hanging wide open about five, six, 10 rows,” he says. “They had never heard anything like that, but evidently it had sounded good to them because we got almost a standing ovation after every song.” Cox tells Rolling Stone.

The box-set will include several unreleased recordings, unedited cuts, and a number of tunes that had been out of print.

Listen to the track below: